Home > Features > Blessed are the peacemakers 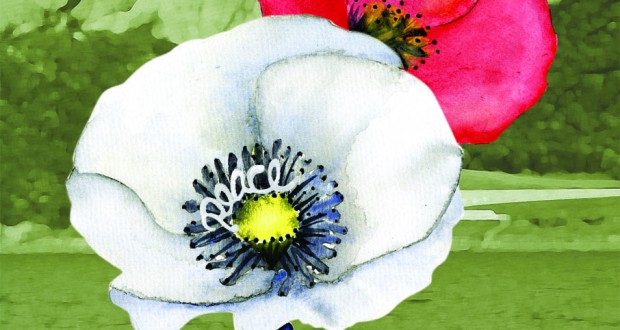 On the centenary of the Gallipoli landing, take time to honour the Christian witness of those who took a stand against war. Dianne Jensen reports.

Thomas Roberts was only 16 years old when he was sentenced in 1914 to solitary confinement on half rations in the Queenscliff Fort for refusing to attend military drill. The Quaker was among thousands of youngsters prosecuted under the Defence Act of 1909 mandating military instruction for boys between 12 and 18 years.

More than 50 years later in 1968, postman John Zarb became the first conscientious objector to the Vietnam war to be imprisoned in Australia.

As we mark the centenary of the dawn landing by Australian and New Zealand troops at Gaba Tepe (later named ANZAC Cove) on 25 April 1915, the spectre of lives lost and shattered by war is front and centre. A less familiar story is the witness of those who spoke out for peace or refused to bear arms.

A voice in the wilderness

Christian pacifism during the first world war is generally associated with the Religious Society of Friends (Quakers), and while Christians from all denominations supported the peace movement, most mainline churches echoed the jingoistic fervour which gripped Australia after war was declared in 1914.

Quakers such as Margaret Watts campaigned tirelessly for peace, speaking at hundreds of meetings. She was publicly abused and even thrown out of some places, although many women took her aside privately to express their support.

The Journal of the Religious Society of Friends in Australia reports that Margaret sought an interview with the Anglican Canon Rowland, a fervent supporter of the war, and asked him why the church was being transformed into a recruiting agency.

Rowland replied “I have no time for you—our present business is to kill every man of the enemy.”

In spite of a protracted campaign which divided the nation, Australians rejected Prime Minister Billy Hughes’ plebiscites in 1916 and 1917 to introduce conscription. But across the ditch, the New Zealand government reacted to declining enlistments by simply introducing legislation requiring military service in 1916.

Only Quakers and Christadelphians, whose tenets specifically excluded them from warfare were exempted, although a number of Quakers served in non-combatant roles as stretcher-bearers.

Archibald Baxter, who recorded his experiences in We Will Not Cease, was denied an exemption and found himself among a small group of Christian pacifists forcibly dispatched to the front line. When he still refused to take up arms Baxter was subjected to the brutal Field Punishment Number One, tied for hours to a gun wheel or fence post in a crucifixion position.

Rev Dr Sir Alan Walker was only a child during the first world war, but the threat of a new conflict ignited his passionate commitment to peace, says his son Rev Dr Chris Walker, Uniting Church Assembly national consultant for Christian unity, doctrine and worship.

“My father and mother went to the United Kingdom in 1938 to visit leading Methodist ministers and their churches. He travelled to Europe and was very conscious of the Nazi threat. He was especially challenged by Donald Soper (later Lord Soper) who was a pacifist. On the ship returning to Australia my father paced the deck, and finally concluded that he would affirm a pacifist position.”

Once the second world war began, Alan Walker’s public stance caused problems within his local community of Cessnock which supplied coal for the war effort, says Chris. His criticism of the dropping of nuclear bombs on Japan was equally unpopular.

Compulsory military service for duty within Australia was revived in 1939, with a bill passed in 1943 redefining “Australia” to include New Guinea and the adjacent islands. Some of the 2800 men who registered as conscientious objectors accepted non-combatant duties and others served six months or more in jail.

After the war, the destabilisation of Europe and the emerging nuclear threat plunged the world into the cold war. Alan Walker was among many Christians who spoke out against the escalating military paranoia.

“During the Mission to the Nation in the 1950s he became well known for his preaching, including speaking on social issues. He was known as a pacifist and a public figure; therefore he was suspect,” says Chris Walker. “A large ASIO file was developed on him over the years.”

The Vietnam war galvanised a new generation of conscientious objectors who refused to take part in a conflict which they considered to be immoral.

Compulsory national service was re-introduced by the Liberal/Country coalition in 1964, and amended a year later to enable national servicemen to serve overseas. Conscripts were selected on a lottery system; a person proven to be a pacifist could lodge a conscientious objection but those who refused to be conscripted served a two-year jail sentence.

“There was always the danger of being called left wing, or pinko or communist, and anyone who stood up strongly for peace had to be willing to wear that,” he recalls.

“In the first debates in the Methodist Church those who called for the church to speak out against the Vietnam war were in a minority and they were regarded with some suspicion, but then the tide turned and before the end of the war all the churches were carrying motions condemning Australia’s participation.”

Bill recalls that the Palm Sunday marches across the nation gained real momentum at this time, and Protestant churches came together to form the Canberra Vigil outside Parliament House.

The road to peace

Bruce French, a young Baptist whose birthday came up in the conscription lottery was determined not to take up arms. Refusing the option of seeking total exemption, he registered as a non-combatant.

“I said I am happy to serve my country, I am not shirking responsibility … it is just that I think there are far better ways of making a genuine contribution to the peace of the world than dropping bombs.”

Once in the army, Bruce refused to do any weapons training in spite of ongoing pressure from his peers.

Bruce’s stand set the course for his life passion—supporting subsistence farmers by documenting the edible plants of the world through his organisation Food Plants International.

“It made me more determined to try and do something positive and good rather than be a negative reaction,” says Bruce, who recently retired as a Baptist pastor. “Let’s do something useful when kids are starving—let’s not sit around and argue politics.”

Bruce still takes every opportunity to encourage Christians to act as peacemakers.

“It is only when the issue comes on our agenda—whether it is Korea or Vietnam or sending troops to Afghanistan—that people talk about it. But the best time to think clearly is before the issue comes up, so you are ready to make a stand.”

Chris Walker adds the codicil that Christian commitment to non-violence requires both public witness and grassroots action to confront evil and oppression.

“We need people who work behind the scenes seeking justice, especially for those who are marginalised, and also people who are able to speak effectively to challenge public policy and offer a Christian perspective … Christians need to be looking to the way of Jesus and seeking to follow his example, empowered by his Spirit.” 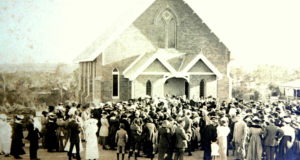 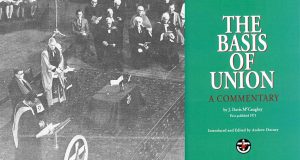 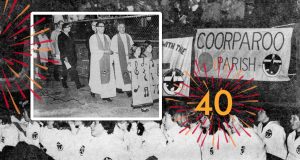 When three became one in Christ 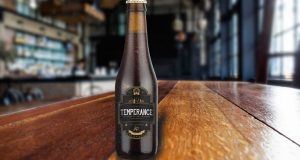 Temperance: How we almost tamed the demon drink