Home > Features > Temperance: How we almost tamed the demon drink 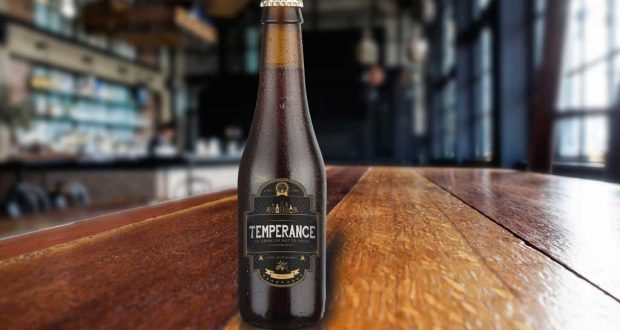 To drink or not to drink? Photo: Supplied

Temperance: How we almost tamed the demon drink

Dianne Jensen explores the historical connections between the Uniting Church and the temperance cause. Why did our church mothers and fathers care so much about a few drinks, and what does their legacy mean for the contemporary church?

You don’t have to be too long in the tooth to remember when the most potent substance to be found in a God-fearing home was a Bex powder washed down with a strong cup of tea.

Over the decades many Uniting Church members have moved away from historical prohibitions against drinking. Like dancing or playing cards, they simply stopped believing that any of these pastimes was going to land them in the gutter or send them straight to hell.

After all, Jesus turned water into wine—not the other way round.

Other church members have remained steadfastly teetotal, some maintaining their moral stand against any intoxicating or mind-altering substances and others simply because they never acquired a taste or desire for alcohol.

Rev Dr Elizabeth Nolan, who spent her teenage years at a Methodist church in Rockhampton in the 1960s, says that being teetotal was and is a way of life rather than a conscious decision.

“It was a natural ‘no’ like no smoking and no abuse of drugs. My body is a temple of the Holy Spirit and so I need to value it and take as much care of it as I can. I do not want to use drugs or alcohol to create artificial happiness or depress feelings of sadness.”

What were they thinking?

The temperance movement began with firebrand preachers like John Wesley, the founder of Methodism, who was appalled by the gin-soaked violence and degradation of 18th century London. These early campaigners were aligned with the anti-slavery cause and working-class rights.

Methodists identified alcoholic beverages and alcoholism as the root of social ills such as family violence and neglect, poverty and ill-health. Alcohol was viewed as a poisonous, corrupting substance and Christians were exhorted to practise abstinence as an example to others and to guard against their own downfall.

The temperance movement flourished in Britain and its colonial offshoots, bolstered by the growth in these countries of non-conformist churches. It reached its zenith in Australia in the nineteenth and early twentieth century, advocating for the regulation and eventual prohibition of the sale and consumption of alcohol.

The Australian Woman’s Christian Temperance Union (WCTU) was a key player. The first branch formed in Sydney in 1882 and the movement spread rapidly across the nation, harnessing the energy of middle-class women under a broad agenda of protecting family life and advocating for women’s rights.

The 1900 national constitution sums up the issues:

“We believe in total abstinence for the individual, prohibition for the state and nation, equal standard of purity for men and women, equal wages for equal work without regard to sex, the ballot in the hands of women, arbitration between nations …”

By the late 1890s Sunday closing of hotels was in place in each colony and most had some form of local option to veto new licenses.

A number of state referenda were held during the 1920s and 1930s, but none produced the majority required to ban alcohol. Canberra was initially created as a dry zone, although this was repealed by referendum in 1928.

Local option polls had some success in preventing the issuing of new licenses, with some dry zones in Melbourne remaining subject to local polls until 2015.

Six o’clock closing is perhaps the most memorable achievement of the temperance movement. By the end of 1916 only Queensland and Western Australia allowed hotels to open after 6 pm, with Queensland introducing 8 o’clock closing in 1923. These restrictions lasted until the 1960s—the general view being that restrictions had not been effective in curbing the sharp post-war rise in consumption.

Many older folk will remember signing “The Pledge” to abstain from alcohol and attending events organised by the Queensland Band of Hope and the Young People’s Temperance Union.

The campaign to create a generation of non-drinkers was a call to arms. The lyrics in a songbook distributed during World War II portray alcohol as a ruthless adversary bent on undermining the health of the nation and subverting Godly values.

“While there was no official group to sign a pledge, it was talked about by adults and practised by all my parents’ friends who were church folk,” says Elizabeth. “There was no alcohol on church property and so weddings at the church hall could not include alcohol and we never used wine in Holy Communion services. As a teenager at church camps temperance was encouraged in conversations about alcohol and the problems it caused in families.”

As church union approached in the 1970s, she realised that not all non-conformist churches thought alike.

“It was quite a shock to find Presbyterians had a different policy of moderation, and that alcohol was allowed on some church grounds—and then that Presbyterian ministers wanted to change the Methodist rule to allow alcohol in church manses. It was even more of a shock to find that some Uniting churches used real wine for Holy Communion in the early 1980s.”

All things in moderation

Uniting Church minister Rev Duncan Macleod, currently Director of the Uniting Learning Network (NSW/ACT Synod) was a Presbyterian minister in his native New Zealand. He has relaxed his position on alcohol over
the years.

“At one point in my life I had total abstinence from alcohol,” says Duncan. “My father was an alcoholic and I wanted in my formative years to avoid heading down the same track because there was research that showed people who were the children of alcoholics may be more prone to addiction.”

What changed his mind? “I became confident in my own capacity to wisely moderate my use of alcohol and also once my children were a bit older I was a bit more relaxed in terms of being able to have a safe environment for them.”

Standing out from the crowd

University of Queensland student and Uniting Church member Nick Baker, 23, doesn’t remember deciding not to drink, he just never had the urge to do so.

“I had seen alcohol misused and the negative effects that had on people: anger, loss of control and self-awareness, and general incompetence. I never wanted to be in that place. I wanted to be in control of myself.”

Nick’s views on alcohol are pragmatic.

“I respect alcohol as a social lubricant and ubiquitous cultural tradition. Many of my young adult friends have learnt to use and enjoy it quite effectively. When my friends were younger, a big part of my abstinence was to keep my friends safe, and make sure I could drive them home if/when they needed it. I still like knowing I’m in control of myself if something bad happens, and can get my friends out of there if needed.”

Have we lost our fizz?

Nick believes that taking a moral stand over alcohol is not the role of the contemporary church.

“Discipleship is about fellowship and compassion. Historically we have seen the church distance themselves from society and that has only led to division and losses. I believe this is antithetical to Christ’s message, and certainly don’t think there is a biblical argument for dictating abstinence from alcohol,” he says.

“Standing steadfastly for love, fairness and righteousness is all that is asked of us—more pointedly, judgement is forbidden to us, so a moral high ground should be no goal.”

For Elizabeth Nolan, abstinence sets an example in a society where alcohol abuse is a major social issue.

“The deep question of how to live as the people of God has to include the way we treat our bodies and the examples we set for other people. I hope I am encouraging true ‘radical discipleship’ where people can be counter cultural to ‘live simply and let others live more full lives’,” says Elizabeth.

What does the Uniting Church have to say?

It’s not exactly a rule that you can’t drink on Uniting Church property; it’s more of a guideline.

The alcohol policy from the 23rd Queensland Synod urges all members “to live in the power of Christ who calls us to live in the kind of love that delivers each other from all harmful practices and examples; acknowledges the cost in human suffering and tragedy in industry and commerce caused by the misuse of alcoholic beverages in our society; recognises that our lives must show something of the love we would teach and accept the standard of responsible use of alcohol or voluntary abstinence as a standard of the Uniting Church in Australia as her witness to society of her life in Christ.”

Synod agreed that applications regarding the consumption of alcohol at non-residential premises owned by the church or at official church functions should be made in the light of this understanding. 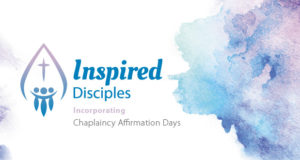