Home > Features > Getting ready to get ready for Easter 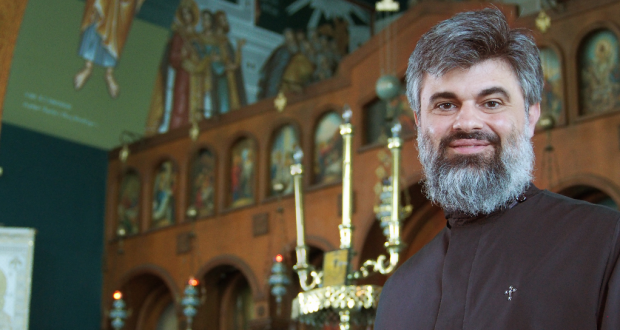 Getting ready to get ready for Easter

Lent is a season binding Christians together no matter their church tradition, but it is observed very differently depending on where you go. What does it look like for the Uniting Church to observe Lent? Rohan Salmond explores.

For more than 1000 years Christians everywhere have observed Lent, an annual 40-day time of fasting and reflection in preparation for Easter. It’s a major part of the Christian calendar, but today it is not consistently observed across denominations, and customs practised during the time vary.

Prepare to be prepared

“Lent is a time of prayer, fasting, penitence and repentance—a time when we focus on using our body to assist our soul on our spiritual journey,” he says.

Lent is observed the same way every year, with the same readings and the same traditions. The process is methodical and each ritual is potent with meaning. They even observe the Triodion, three weeks of preparation for Lent, which is itself a preparation for Easter.

“There’s a series of stages of doing that [preparing for, and observing Lent] which over the last 1500 or so years have been worked out really meticulously through holy tradition,” says Father Anastasios.

To Protestants the most conspicuous aspect of Orthodox Lent is the comprehensive regime of fasting over the 40 days. Orthodox Christians abstain from meat and other animal products to remind them of the paradise Adam and Eve left behind where there was no killing, and in anticipation of the kingdom to come where there will be no eating or drinking nor giving in marriage. The aim is to live life more simply and with greater focus.

“Which means basically [all you may have is] fruit and vegetables which have been boiled or something like that. On the days you get something fried it’s very exciting.

“But Lent isn’t just about food,” says Father Anastasios. “There is also prayer and worship services. Alongside the fasting they have been developed over the centuries so we come together as a congregation much more frequently during Lent. There are at least two communion services a week, sometimes more, sometimes three or four depending on the parish you are in. Every evening in our parish we would have a service of supplication so it would really focus us.

“So there are two sides; it’s not just about the food because if you just stop the food without replacing it with these other elements you just end up being very cranky for 40 days,” he laughs.

Much of what Father Anastasios says feels familiar, while other parts are completely alien. In contrast to the rigors of the Orthodox way, the Uniting Church approach to Lent is patchy—or flexible, depending on your point of view.

Rev Dr David Pitman is the convener of the Assembly Worship Working Group. He says the Uniting Church could do more to observe the Christian calendar. Leaders have a pivotal role to play.

“A lot of our ministers are not very good leaders when it comes to the disciplines of the seasons of the church year,” says David. “I hate to say that, but that’s the reality. These things often get scant attention.

“An authentic Uniting Church congregation during Lent at least would be following the lectionary because that helps us make that journey with Jesus.”

David also thinks there should be greater use of the liturgical resources on the Assembly website and in Uniting in Worship.

“It’s not about following the book [Uniting in Worship] in a boring way, it’s about taking those resources and using them imaginatively and creatively.”

So should Uniting Church members adopt an Orthodox-style observation of Lent? David shoots for an approach that is both rigorous and versatile.

“Giving up meat and dairy products—people could decide to do that—but that isn’t a part of our own tradition. Whereas making a conscious decision to give up something very important to us during Lent is a part of our tradition. So it doesn’t have to be meat or dairy products but it could be other things that we take for granted that are personal to us, and that will vary from individual to individual.

“I actually think Lent is an opportunity for everyone to accept the discipline of letting go of something that they take for granted. It could be a day of fasting each week, it could be one meal each day through Lent. It could be even just letting go of the things they like most like their coffee and their chocolate—but something that is tangible that will on a daily basis remind them that we’re remembering the passion of Christ. But in the end it’s how we live, not what we give up, that matters most.

“And an authentic Uniting Church response always involves an emphasis on achieving justice for those who are denied their basic rights as human beings. That’s just another tangible way that the whole dimension of Lent can be emphasised.”

Giving up to give away

Despite the Uniting Church’s lack of regard for church seasons generally, there has been renewed interest in Lent since the early 2000s though UnitingWorld’s Lent Event. It resonates with many in the Uniting Church, not just because of the agency connection, but because it gives expression to that desire for social justice.

“For many people within the Uniting Church the Lent Event experience has given real, tangible meaning to the hope we have in our risen Lord. Lent has become an opportunity not just to reflect humbly on what it means to walk with Jesus, but to stand alongside others within our global church and actively support the work they do to create a fairer, more compassionate world,” he says.

“Lent Event is a movement to live simply over 40 days and donate the money saved. It also gives us an opportunity to connect more deeply with our brothers and sisters in Christ from around the world and to learn from each other as we make the journey together.

“It’s through this connection, through learning each other’s stories and acknowledging the challenges we face together, that we become genuinely engaged in our global church, in our journey with Jesus and the hope we share in Christ for a renewed creation where justice and peace reign,” he says.

It’s a sentiment Father Anastasios shares. Orthodox Christians also participate in donating money saved by living a simpler life, but he warns that any activity undertaken during Lent is not an end in itself.

“I think through Lent we can remember to reduce our consumption so that others may be assisted, create the time and the space for meditation and prayer and reflect that this pattern of consumption that the world has taught us is not the way I think God intended things to be,” says Father Anastasios.

“Ultimately all the other stuff is good and will assist, but it is actually just a means to an end. It’s a means to the spiritual development and spiritual growth and union with the person of Christ—that is the ultimate goal.”

Lent Event resources can be found at lentevent.com and via the Lent Event app available through iTunes and Google Play.