Home > Features > Never give up 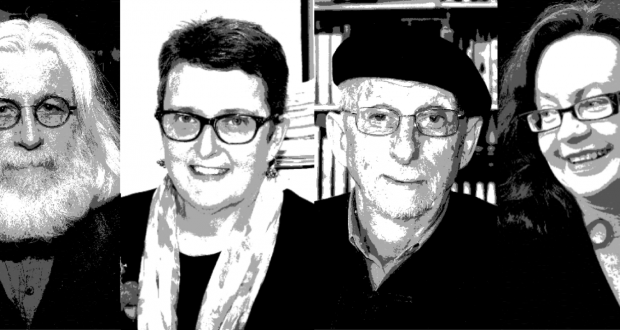 The social activist veteran knows personally that working to bring about the kingdom of Heaven on Earth can be a costly road for those who truly open their hearts to the pain of the world. He suggests that the question is not why some falter, but how others keep their passion and faith alive on the journey.

Dave and his wife Ange have lived in Christian communities in Australia, Afghanistan, Pakistan, India and Nepal for more than 40 years, pouring their energy into living and working alongside the most disadvantaged and vulnerable people.

“To me the primary issue in following Jesus is to have a sense of vocation, a commitment to love God and love my neighbour, and then the secondary issue is how I can work that out within the context of location, profession and way of life,” says Dave.

These days Dave lives with his wife Ange and their children and grandchildren and others in a joint household in West End, Brisbane. He teaches and trains students and church leaders in community work as well as working with the Waiters Union Christian community network. His books include Christi-Anarchy, the Plan Be series, Building a Better World and Not Religion, But Love.

Dave believes that at the core of every Christian activist who survives to fight another day there is an ongoing, intimate encounter with God, grounded in a deep connection to community. And throughout their life, he and Ange have set aside time for reflection, prayer and renewal.

“We try in our own community to demonstrate a daily rhythm of rest and work and a weekly rhythm of involvement and withdrawal,” says Dave. “In this community we have our 6.30 am Monday morning meeting where we have a time of meditation, prayer and reflection before we start the week, and we emphasise the importance of those spiritual disciplines to sustain people for the struggles.”

Life on the margins

Rev Dr Charles Ringma, director and founder of drug rehabilitation program Teen Challenge, came face to face with those living on the margins when he felt called to serve as a volunteer street worker in the 1960s. Through Lifeline he developed a drug rehabilitation program based on extended households which provided a support base for young people within a family setting.

“People did what we now call radical hospitality,” says Charles. “The whole idea was to try to keep it as de-professionalised as possible and to think more of it not as a job or career but as a vocation and as a way of living a Christian life.”

Twenty years later, when Charles moved to take up academic appointments in the Philippines and then Canada, the Ringmas continued to seek out inclusive Christian communities and to invite others to share their life.

“I believe in the spirituality that comes out of service … doing things together with family and friends that bring shalom, that build human community, that give people hope or help them on their journey is very life giving,” he reflects. “It is a theological, spiritual sense of calling that being a Christian means that one should be this kind of a person. I think that is probably the guts of it, the heartbeat of it, otherwise to do that just doesn’t make any sense.”

Along the journey, Charles has found inspiration from mentors both contemporary and ancient such as Dietrich Bonhoeffer, Thomas Merton and the medieval mystics. His books on Christian spirituality include Whispers from the Edge of Eternity and Catch the Wind.

Charles is a Companion of the Norththumbria Community Brisbane, a Christian community rooted in Celtic spirituality, and a facilitator at Stillpoint, a centre for personal and spiritual growth.

“We need to take time aside for retreats and time for reflection and prayer, time for doing nothing, practicing Sabbath. My experience has been that I have been nurtured in both the retreat part of my life and in the actual service or giving side,” he says.

Both vocation and community are key drivers for Lin Hatfield Dodds, National Director of UnitingCare Australia. Her commitment to the Uniting Church as a transformative social movement is undiminished after 12 years at the helm of one of the largest non-government providers of community services in Australia.

“I am passionate about UnitingCare being all about the dignity of each person, the interconnectedness of all people, the importance of thriving communities, and commitment to quality services,” says Lin.

And there’s no space for anything less than whole-hearted commitment in such a visible position, she adds.

“In a role that involves influencing you need to bring intellect and heart and evidence to it; you need to be able to live and work with people in a way that doesn’t impose or expect but invites and encourages and enables.”

Lin and her family are actively involved in a Uniting Church congregation in Canberra and are deliberate about taking time out from their hectic schedules.

“I think there are practices around how you retain your energy and passion. I try to have a rhythm in my life that works,” says Lin. “For example, for at least 10 years my family and I have been camping once a calendar month. That has been a household discipline that we have kept to [in Canberra] through summer and winter.”

Lin believes that the keystone to persistent hope and action is an active sense of vocation. “Someone said to me many years ago that vocation is where your deep joy meets the world’s need. That’s how I feel about working with UnitingCare.”

Faith to carry on

For every person who tries to make a difference, the pace of change can seem agonisingly slow.

Sue Hutchinson, Research Officer for the Uniting Church Queensland Synod, has worked with a range of people passionate about social justice. She knows that emotions can run high.

“I think sometimes when you are very moved by something it is hard to pull back from that emotion and not to get overwhelmed,” says Sue. “I have seen people become so embedded in issues that they seem to almost lose perspective.

“People can quite easily get burnt out; they will be very engaged for a time then become so frustrated and angry and it becomes too hard.”

Sue became involved in advocacy when she was working as an occupational therapist in the area of disability services. Her current role supports the Queensland Synod and the wider church to speak out on issues such as asylum seekers and refugees, criminal justice, disability and mental health.

“I think that we have to accept in life and in social justice that there are things that happen that we can’t change, and rather than continue to focus on that and be angry about that, to turn it in another direction,” she says. “We need to consider what is in my power to do, what I can change and to try and focus on the possibilities.

“In the face of despair, I have to keep coming back to why am I involved with this, remembering that it is God’s work, not mine, and looking back at the times when advocacy campaigns have actually changed policy that was thought to be unchangeable.

“I have to remember that I cannot hold the responsibility in myself for changing the world or for making this thing right. I can only do my part.”

We need to remember, adds Dave Andrews, that most of the things to which we aspire are beyond our control.

“Everything that we desire for the world in terms of peace and justice are beyond our capacity to deliver, but all our actions are a form of embodied prayer for God to do the things that we cannot.”

Find out more about the Uniting Church’s position on issues of social responsibility at ucaqld.com.au/social-responsibility