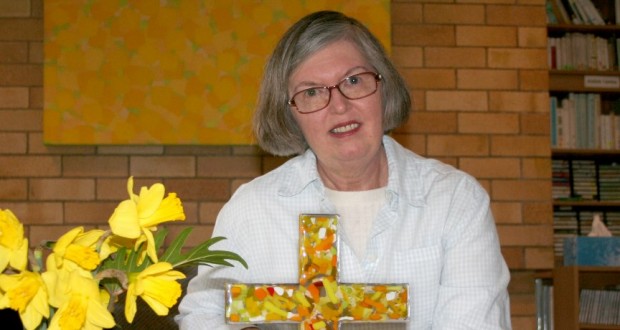 In search of the great silence: Rediscovering Christian meditation

The ancient practice of Christian meditation is experiencing a revival, and Uniting Church members are among those rediscovering the value of silence. Dianne Jensen reports.

When the street noise and the background chatter finally fade into nothingness, there is silence. And in this place of deep stillness, all subterfuge cast off, we may find that the peace of God does pass all understanding.

This is Christian meditation, an ancient practice which still draws seekers from all traditions to rediscover the spiritual gifts of simplicity, silence and stillness.

Meditation and contemplation have been practised since the genesis of Christianity, from the early writers and Celtic mystics to the monastic traditions of Ignatius of Loyola, Teresa of Avila and Benedict. In the 500 years since the Protestant Reformation, some churches have continued to nurture these practices while others rejected them as medieval and even un-Christian.

The contemporary revival in Christian meditation is credited to John Main, a Benedictine monk who was drawn to explore the Christian roots of the practice which he had first encountered in the East. In 1975 Main opened the first Christian Meditation Centre at Ealing Abbey in London, inspiring the growth of a world-wide community network which transcends culture and denomination. Father Laurence Freeman is currently director of the World Community for Christian Meditation.

For Uniting Church members, versed in worship which is both corporate and austere, those chants and long silences can smack of high .church mumbojumbo. There’s something vaguely heathen about sitting cross-legged or (God forbid) lying on the floor whilst praying. Generally, we are more comfortable rolling up our sleeves for work than spending an hour in quiet contemplation. Like Mother Teresa, we believe that service is love in action.

But sometimes the heart seeks something more, and Uniting Church members are among the growing numbers of contemporary seekers. Congregations across Queensland, from Rockhampton to Maleny and inner-city Brisbane have formed Christian meditation groups, and others have incorporated meditative elements from the Taizé ecumenical monastic community into their worship.

Brisbane-based spiritual director Dr Patrick Oliver describes meditation as “a way to help us to hold our perceptions and perspectives a little more lightly, so grace can have a chance to enlarge and enrich them”.

He says that many of us are already using simple meditative techniques when working in the garden, walking or swimming, or through the creative arts.

“Some people find that images such as works of art, sculptures, statues or photography can take them into a space where they aren’t endlessly worrying about their mortgage, their children, their futures or their pasts … music is probably one of the most common portals into a meditative space, along with dance, poetry, drama or spaces of silence or deep mutual love.”

Patrick conducts retreats and workshops around Queensland, including training in spiritual companionship and pastoral care. In his retreats he employs many different prayer forms, including breath prayer (for example, breathing in and out the name “Yahweh” or “Jesus”) and contemplative practices based upon scripture passages and stories.

“We all need to have some form of meditative practice that can lift us out of the sticky swamps of ‘How am I coming across?’, or ‘How can I make sure I’m safe?’ or ‘How can I maintain control?’” he says.

“Some writers have called this mind that is always proving and protecting our ‘false self’. Meditation is a way to ‘clean the lens’—that is, to loosen the hold of the false self so we can focus the mind, or still the mind into a more serene space.”

He suggests that within this quiet space, our minds, freed from the clutter of anxieties and expectations, might come to a deeper awareness of God’s presence.

“St Paul implores us to ‘pray always’—which doesn’t mean saying holy words every moment, but it does mean to live prayerfully. Meditation can help us in this, for it focuses our anxious little minds away from the myriad of thoughts and distractions that can drive us crazy at times, and which keep the focus upon the rather narrow and ultimately boring question ‘How am I doing?’ Meditation can help us ask a much bigger question, ‘To whom do I belong?’ ”

Although a wide range of health and wellbeing practitioners encourage the use of meditation practices, Christians and other religious groups regard meditation and contemplation as “states of mind” rather than techniques.

“Many use meditative techniques for peace of mind—and that’s great. Or they may use it in order to make better decisions or to cope with the storms that life dumps us into—and that’s great too,” says Patrick. “Yet Christian meditation is so that we can participate in the Trinity—the all-encompassing love that holds the whole universe. Contemplation is so we can grow more at home in the ‘mind of Christ’, as Paul terms it.”

Opening the door to God

Shirley Sargeant, who teaches contemplative prayer at the Stillpoint centre for personal and spiritual growth, describes meditation as the key to her Christian journey. Shirley is a member of The Gap Uniting Church, where she first encountered Christian meditation at a course run by former Trinity Theological College lecturer Douglas Galbraith.

“It was a revelation to me and to all of us who participated,” she recalls. “I felt God had been waiting to speak to me for a long time and what I had done was shut him out by monopolising the conversation. This course opened our eyes or should I say ears, because we came to see that conversation with God has to be a two-way dialogue, so there has to be listening as well, and we have to make space for that.”

When the course came to an end, the participants formed their own weekly meditation group which ran for more than 20 years. Once she had retired, Shirley gravitated to Stillpoint in the inner western suburbs of Brisbane as both practitioner and teacher.

She understands that stepping outside the boundaries of traditional practices can be challenging. Long silences are unfamiliar, even confronting.

“I think that is part of our need to be in control, and what we gradually learn in our Christian journey is to give God the place of control … as you come to know that you are loved unconditionally by God, and to know it deeply and not just intellectually, I think that is when you can totally trust God,” says Shirley.

“One of the things that I teach in meditation is that we prepare ourselves, we make an intention that this hour is going to be an hour spent with God, that is entirely for God. We relax ourselves physically and mentally, and we let go of all the other issues of our life that dominate us the rest of the time, and pray to be open to that infilling of the spirit that comes when we ask.”

Shirley uses a variety of approaches including scripture reading and prayer, and stimuli such as graphics, music, Taizé songs and self-imagining.

Where do I start?

Yes, you can meditate at home, although a meditation group and a spiritual companion will provide invaluable support and direction.

Patrick Oliver suggests “Perhaps the best way to start being open to meditation and contemplation is to begin the practice of noticing your thirst for a deepening awareness of God’s presence.

“Living prayerfully is about listening with the ears of the soul (or perhaps we could say ‘the third ear’). It’s not that we decide one day to pray to God; rather the very inclination within us to pray is itself God’s Spirit at work in us.

“Train yourself to be aware of what is happening within you—as Jesus said, ‘Stay awake!’ ”