Home > Features > Too Much, Too Young 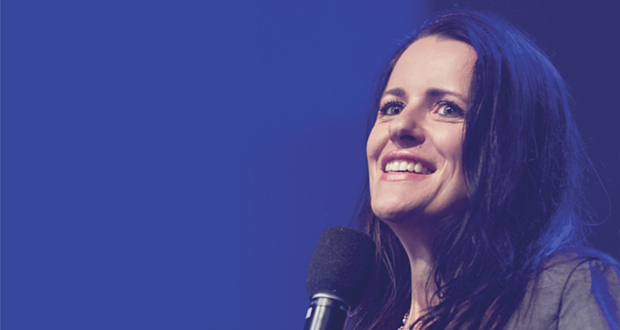 Too Much, Too Young

Trinity College Queensland is delighted to welcome Melinda Tankard Reist as the speaker at its next Trinity Unplugged event. Journey reports.

Melinda is well-known internationally for her tireless advocacy for girls and women in relation to sexualisation, objectification, pornography, exploitation and gender-specific violence. She is co-founder of Collective Shout, an independent not-for-profit campaigning for a world free from sexploitation in all its forms.

In a society that prides itself on an awareness of and willingness to address issues of social justice, it should be “unthinkable” that women and girls are objectified and sexualised. Yet this behaviour is routinely excused, and often endorsed through media, music, marketing and corporate behaviour. Those who profit have created deeply ingrained narratives perpetuating a lucrative but destructive status quo. Media and marketing are financially flourishing behind the excuse of “simply giving people what they want” but the cost is being borne by young men and women whose sexual expectations are being formed by exploitative behaviour.

Whilst movies, television, advertising and music videos habitually target young consumers with sexualised images, a more sinister participant is the pornography industry, now almost ubiquitous through online access via mobile devices. In a 2016 article for ABC Religion and Ethics, Melinda reflected on her extensive experience listening to young people speak about sexuality: “Sexual bullying and harassment are part of daily life for many girls. Pornography is moulding and conditioning the sexual behaviours and attitudes of boys, and girls are being left without the resources to deal with these porn-saturated boys.”

The pornography industry argues that it is simply providing necessary “sex education”. Indeed, it is educating. But what exactly is being taught? Melinda comments on a 2012 review of research on “The Impact of Internet Pornography on Adolescents” which found that adolescent consumption of Internet pornography was linked to attitudinal changes, including acceptance of male dominance and female submission as the primary sexual paradigm, with women viewed as “sexual playthings eager to fulfil male sexual desires”. The authors of the review found that “adolescents who are intentionally exposed to violent sexually explicit material were six times more likely to be sexually aggressive than those who were not exposed”.

Churches far too rarely consider these crucial issues. Melinda’s talk is an important opportunity to become better informed by evidence-based research, understanding the nature and scope of the problem. Only then can we be equipped to respond in proactive and constructive ways, making an essential contribution to the needed cultural change and societal transformation that women and girls deserve.

Melinda Tankard Reist will be addressing the topic “Too Much, Too Young” at Trinity Unplugged on 26 March at 7pm for a 7.30pm start.

Unfortunately, the Trinity Unplugged event with Melinda Tankard Reist will not take place on Thursday 26 March 2020.

Trinity College Queensland are exploring options to reschedule this exciting event later in the year.