Letters to the editor December 2017

I wholeheartedly agree with the letters to the editor in November’s Journey.

I found it disappointing—and also the whole issue of Journey—in commemorating one of the most significant events in the history of the Christian church, a fundamental question was ignored: what would Martin Luther say about the church, and in particular the Uniting Church today? Would he have a list of 95 theses for us?

I suggest that he would find remarkable similarities between the Christian church in Europe in the early 16th century and the Uniting Church today. Just as he was confronted with a church that was smug, complacent and extremely wealthy, so too this is the situation in the Uniting Church. Of course we don’t like to admit it but we have become smug and complacent and seem in so many ways to conform to the world.

What of the church’s wealth? The Uniting Church in Queensland has collectively billions in assets. Yes, not millions but billions taking in to account all properties including hospitals, schools, etc. across the state. So what would Martin Luther do and say in this situation? I am sure he would be most perturbed about our wealth and how we run and support schools and hospitals, not for the poor and disadvantaged, but for those with wealth.
He would be perturbed about our unwillingness to forcefully speak out and act about injustice and discrimination because we’re too afraid of what some members of the Uniting Church might think.

The challenge for us in commemorating Luther’s stance is to ask ourselves: how do we again reform the church not just with theology, but in our lives as individuals and congregations?

While your letter raises some important points about the Reformation and the current state of the Uniting Church in Queensland, the online version of the article [which was promoted at the end of the magazine’s version] does contain a longer exploration of how the Reformation relates to our church.

I would encourage everyone to read the online version (journeyonline.com.au/scoop/reformation) and continue this important dialogue in the JourneyOnline comments section.

What place do young people have in the Uniting Church? 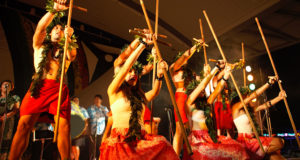 Powered by love: how one small church is harnessing diversity to create change 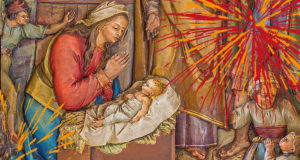