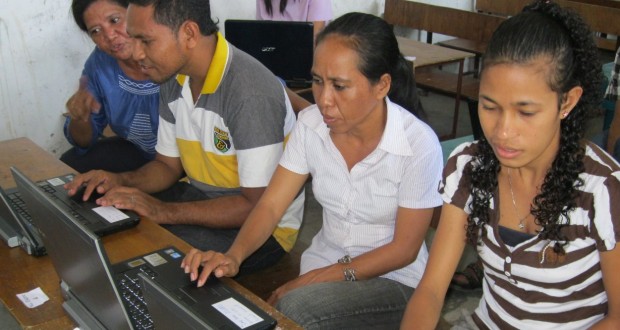 A partnership between two churches in Ipswich and East Timor is helping change lives in both places. Mardi Lumsden reports.

Glebe Road Uniting Church in Ipswich, west of Brisbane, has a long partnership with East Timor. When members, including Noela and Noel Rothery, experienced Timor for themselves through a UnitingWorld InSolidarity trip in 2010 they understood how a partnership could enrich both communities.

“We have learnt that we are two totally different cultures … but through our partnership we have bonded together through the same God,” says Noel.

In 2011 Glebe Road Uniting Church and Ekaristi Church in Dili, East Timor, signed a memorandum of understanding consolidating their relationship. A key project for Ekaristi is their school, Marcelo II Eskola, which educates around 500 children in five classrooms over three sessions each day.

Leocadia, says education is essential for the future of East Timor.

“When Indonesia left Timor Leste a lot of children couldn’t get an education because they were too poor,” she says. “With a good economy and education they [children] can be good for the country and find jobs.

“Australia is very advanced compared to Timor Leste, but if I can learn the good things from here it is very useful for us in the future.”

Isac not only teaches at the school while attending university, he starts work at 4 am each day to sell bread to support his family, including ten siblings. The 26-year-old is also an elder. He is a great role model for his students.

“I want to teach the children all the school material but also about good behaviour to prepare them to be good people in the future,” he says.

Noel says the partnership works because it is based on personal relationships.

“If we had just sent money to something over there and had never met them it wouldn’t be the same. It really has changed me.”

Glebe Road minister Rev Peter Arnett says a number of Glebe Road congregation members are concerned about social justice issues facing their Timorese friends including gas reserves in the Timor Gap and the “perceived injustice of the Australian government taking more than their fair share of that resource” and controlling processing.

“For all that the Australian government has done which has been positive in terms of that journey to independence it seems that they feel as if they have earned the right to take advantage,” Peter says.

Indeed, the future of East Timor lies in the inspiration and education of its people.

The Glebe Road congregation is attempting to raise $40 000 for the Ekaristi church and community to build two new classrooms. For more information visit gleberd.com.au 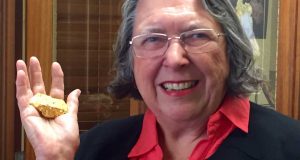