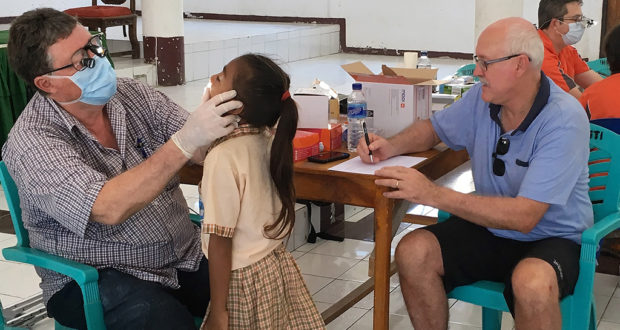 The dentists examined 653 students in one day. Photos: Supplied

The Statement to the Nation (1977) made by the Uniting Church in Australia 40 years ago spelled out the enduring connection between the founding denominations and the churches of the Pacific and South East Asia. A partnership between Glebe Road Uniting Church, Ipswich and Ekaristi Church in Dili, Timor- Leste is proof positive of that evolving relationship. This report by Glebe Road congregation members.

Timor-Leste is one of Australia’s nearest neighbours and is the fourth newest nation on the planet. It fought hard for independence and after much bloodshed and the destruction of infrastructure, this new nation emerged in 2002. The East Timorese are a people of great faith and hope.

The idea of a partnership between the Protestant Church of Timor-Leste (IPTL) Synod and Glebe Road Uniting Church arose in 2009, and in December 2011 four members of the congregation and a representative of UnitingWorld travelled to Dili to meet with the Ekaristi congregation.

Ekaristi IPTL is a protestant church on the western outskirts of Dili, the capital city of Timor-Leste. In the surrounding suburb of Comoro, the church is well known and well respected for its work with children and youth.

A formal Memorandum of Understanding was signed between the Ekaristi church, IPTL Synod, Glebe Road and UnitingWorld.

As of July 2017, a total of 24 Glebe Road members have self-funded visits to the Ekaristi community, many returning again and again as partnership and friendships grow. In return, they have funded 15 visits from Ekaristi members and aim to host visitors every year.

Marcelo 02 Eskola is a mission of the Ekaristi church. It is a kindergarten and elementary school within the grounds of the church and is overseen by the minister and school principals. The school is well respected in the local Dili community and is experiencing rapid growth.

In 2012 the school and church determined that more classroom space was needed, and Glebe Road Uniting Church, under the UnitingWorld banner, accepted the challenge to raise the required $US40 000. As a result, two new classrooms were added to the school and provision was made for additional rooms to be built in the future.

A visit to Timor-Leste by Glebe Road members in September 2016 coincided with a visit to Dili by the dental team from the Timor Children’s Foundation (TCF). Dr Malcolm Campbell is a church council member at The Gap Uniting Church, Brisbane and co-director of TCF and has made several trips to treat children at the TCF-supported orphanage in Dili.

Malcolm teamed up with one of the Glebe Road church council members who is an experienced dentist, Dr John Fisher, and they were invited to do a quick check on the dental health of the children at Marcelo 02 Eskola.

They thought they might examine a small number from each class but there was no way that the children were going to miss out, and the original sample was extended to include the whole school population. The two dentists did 653 dental exams in one day. Each child was given a toothbrush and small tube of toothpaste.

Both dentists were distressed by the poor oral health of the children. Many had swollen faces and were in constant pain from badly decayed and infected teeth.

John commented, “These children cannot be left like this—we must do something!” and plans for a dental project were born.

Malcolm put together a dental team with Dr Mark Tuffley, a maxillofacial surgeon and Bec Apps, a senior veterinary assistant at Greater Springfield Veterinary, which supports TCF through the Groodles Australia program. Jill and Peter Case and Rev Gwen Fisher from the Glebe Road congregation also joined the group.

Malcolm had some portable dental equipment stored in Dili but more supplies were needed. Donations from the Glebe Road congregation and TCF were boosted by funds raised by students and staff of Fahan school in Tasmania, and the staff at Boonah Dental offered to work for free —donating all fees raised one Saturday to the dental project.

The dental team arrived in Dili in May this year with minimal personal luggage and maximum allowable cases loaded with dental supplies. Students and teachers at the school were thrilled to have some dental treatment done with the use of local anaesthetic, never before having had treatment with pain relief.

A total of 116 students and teachers were treated at Marcelo 02 Eskola during the visit as well as church council members.

Peter and Jill Case, both experienced teachers, taught oral health education to each of the 21 classes in the school. This was the first step in the ongoing prevention of tooth decay and the teachers at the school will continue these lessons.

The team travelled to the UnitingWorld Fusona clinic in Lospalos, 250 km east of Dili where a total of 122 procedures were carried out on adult patients over two days.
Two more visits are planned within the next 12 months to Marcelo 02 Eskola and Lospalos Immanuel Health Clinic.

“It was amazing to be part of a team, committed to working generously and graciously together,” says Gwen Fisher. “The visit was rewarding for the team, not only in relieving pain and improving the health of those who were treated, but in renewing friendships and supporting our partnership with the Ekaristi congregation.”

For Dr Malcolm Campbell, the trips are about just one thing—grace.

“My life has been blessed by God’s grace. The only thing I can do in response to God’s love and grace is to get on with the work of his kingdom and extend to others his love wherever I can. I love watching God’s grace in action.”

Another team from Glebe Road visited in July and were warmly welcomed. Creative ideas from the church community include sewing machines and mix masters for the women’s group to build their capacity to generate income and increase support for the local Dili community.

Both IPTL and Ekaristi members have highlighted the fact that there are other churches in Timor-Leste which would appreciate the opportunity to establish a partnership with a church in Australia.

Noel Rothery, Glebe Road Team Timor convenor, said on his return: “Our Timorese friends listened to us as we shared our hopes and dreams for the future of Glebe Road Uniting Church. This partnership has been a prayerful and loving friendship that continues to grow over time.”

Glebe Road Uniting Church, Ipswich will hold an information session on 28 October at 9.30 am in the church auditorium. For more information contact Noel Rothery rotheryn@optusnet.com.au or Rev Peter Arnett at the church office 07 3202 1700. 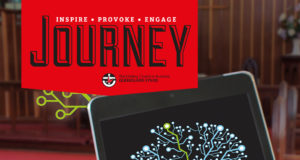 Is Satan hiding in AI? 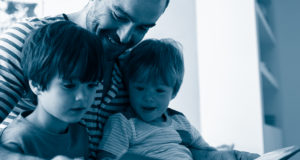