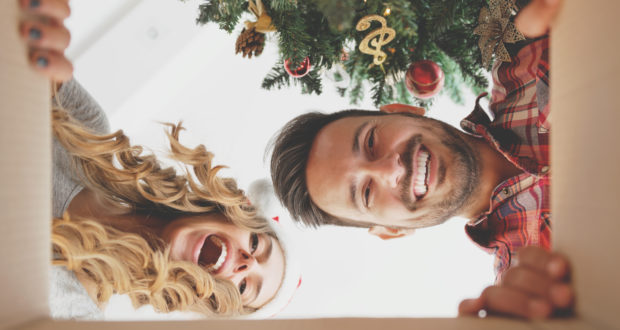 With Christmas less than two weeks away, news reports suggest Christmas spending is at its weakest in four years as shoppers struggle to find the must-have presents to put under the tree.

Some blame economic factors such as rising utility costs and slow income growth, others cite the lack of new toys and trinkets in the market to stimulate demand but one thing is for certain: if the numbers don’t improve retailers can expect a very un-merry Christmas.

While Journey is not in the business of encouraging you to hit the shopping malls (and let’s face it, the ubiquitous consumer dimension of Christmas is a constant distraction from the miracle that started it all) we thought it would be disingenuous to think you won’t be doing some form of gift giving this season.

So if you’re still struggling to think of something for a friend or relative and need some inspiration here are Journey’s five last-minute Christmas gift ideas.

Turned on network television and been thoroughly underwhelmed by the choice of yet another reality television show or ad-ridden movie you’ve seen dozens of times before? Streaming services Stan and Netflix have a cornucopia of movies and television shows for the entire family with plenty of Christian and social-justice themed content to inspire, provoke and engage. From documentary offerings like Stan’s Chasing Asylum to Netflix’s The Mask You Live In through to popular television shows like Netflix’s Stranger Things and Stan’s Seinfeld, there is a wealth of entertainment for the cinephile or television binge-watcher in your life.

UnitingWorld’s ethical gift catalogue has a range of items that support projects bringing real change to lives in the Pacific, Asia and Africa. While some parents in Australia are fretting over which Star Wars action figure their child is going to want, parents in the developing world still struggle with the basics like essential nutrition or simple school supplies. Your gift purchase from the Everything in Common catalogue makes a real difference in this world to those in need and, in the spirit of Jesus, is an appropriate response to Christ’s teachings about giving to the poor.

It wouldn’t be Christmas season in Australia without burying yourself in a great book so why not give someone a page-turner that will keep them reading at the beach or on the veranda. Stuck for ideas? Journey has reviewed many books recently so check out Nick Mattiske’s reviews which cover topics such as science, Jesus, politics and immigration.

Over the kitchen counter presents

If you’re a master in the kitchen then why not make something delicious for friends and family that everyone can enjoy around the dinner table? With more and more people declaring themselves “foodies” and Instagramming (someone clean the mason jars!) their latest meal or homemade concoction, Christmas classics like fudge and rumballs or a garnish or glaze for that all important Christmas ham is bound to go down a treat.

Home(made) is where the heart is

Continuing the theme of homemade gifts, get your craft on and make an artisan candle, Christmas wreath or photo scrapbook for that special someone. In an age of sterile consumerism, giving something which shows the recipient you’ve invested serious time, creativity and energy is a great way to show you really care.