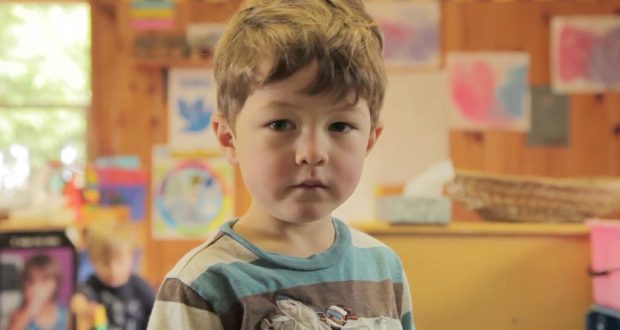 Is the overwhelming dominance of hyper-masculinity in media harmful to not only the male psyche but community safety? American documentary filmmaker director Jennifer Siebel Newsom would have you believe so.

Following The Representation Project’s 2011 documentary Miss Representation—Jennifer Siebel Newsom is back exploring how limited gender stereotypes in media also contribute to a wide range of behavioural disorders among men and boys in The Mask You Live In.

Fading into the poignant George Orwell quote “he wears a mask, and his face grows to fit it,” the film opens on motivational speaker (and former NFL defensive lineman) Joe Ehrmann discussing how he used football to “manifest hyper-masculinity” and gain the respect of his father.

“Be a man: That’s one of the most destructive phrases in this culture, I believe,” says Joe recalling its use in his earliest memory of his father.

“Don’t cry”, “be cool”, “you little b*tch”, “get laid”, “grow some balls”. This collated regurgitation of phrases boys are fed from adolescence is as alarming as the evidenced male archetypes prevalent in mainstream media.

According to political scientist Dr Caroline Heldman, these include the “strong, silent guy who is always in control and not emotional”, the violent superhero, the thug and the “man-child” who degrades women for humour and engages in high-risk activities.

The documentary cites unreferenced statistics that claim the average male consumes 40 hours of film and television a week notwithstanding 15 hours of violent video games. Accompanied by emotive music and images, audience members are encouraged to connect this toxic culture of hyper-masculinity to male-shooter mass killings, alcoholism, drug addition, gang rape and suicide.

With high-production values albeit in the service of a formulaic documentary-style, The Mask You Live In is an admirable educational tool full of positive male role-models who share a desire to discuss the symptoms of violence and self-harm—loneliness, depression and an inability to express emotion.

However, while the insights of academics and personal stories of educators are believable, what is not believable is that no opposing views exist. Even more concerning is a lack of reference to the other leading cause of gun violence: accessibility.

Indeed focusing on the individual mental health issues behind shooters without reference to American gun-control makes this film subtle collateral for the pro-gun movement.

Ultimately The Mask You Live In delves into cultural issues worth discussing for the benefit of the next generation’s mental health but is reductive in its correlation to shootings, displaying a lack of complexity that makes the film good but not great.

The Mask You Live In is now available on Netflix Australia.