Home > Local Church News > When Blackall Range and Cunnamulla church members get together, the dust begins to fly! 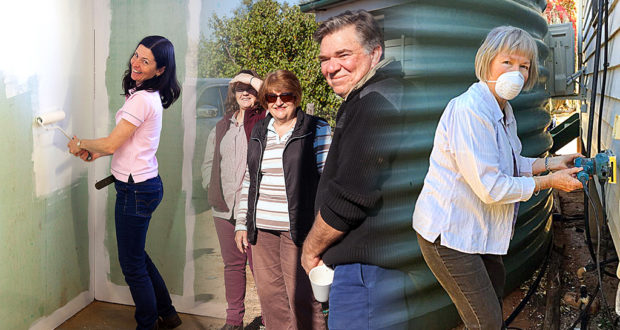 Rev Catherine Solomon didn’t expect to be called upon to judge the cake and scone section of the Seniors Week cooking competition in Cunnamulla. But like her fellow visiting Uniting Church members, she rolled up her sleeves and did the job.

Catherine and 18 members of the Blackall Ranges cluster (Maleny, Montville and Palmwoods) were visiting the western Queensland town in August for three weeks as part of a partnership with Frontier Services Cunnamulla–Burke and Wills patrol minister Rev Sunil (Sunny) Kadaparambil.

“Sunny came and spoke last year about the dire situation after six years of drought,” explains Catherine. “We were looking for something Queensland-based that we could get our teeth into and Sunny’s story really touched the congregations.”

The churches raised over $10 000 via garage sales, barbeques, open gardens and a Pasifika concert by the Tongan congregation. After consulting with Sunny, it was decided that the funds could be used to best effect by sending a team to do hands-on work in Cunnamulla and surrounding properties.

Over three weeks the visitors turned their hands to the local youth club and to cleaning, repairing, painting, gardening, and fencing homes. Cunnamulla Uniting Church benefitted from painting and gardening as well as repairs and upgrades to the bathrooms and guest rooms.

Merilyn Milton from Maleny says the importance of Sunny’s ministry to the community was clear.

“One lunch time I drove into Cunnamulla for some supplies and I started to talk to a local. Just five days previously Sunny had conducted the funeral of a much loved and well-respected man who had died suddenly.

“As we spoke about the funeral he said to me ‘You know, I’m not one of Sunny’s flock, I don’t really believe, but he’s a good bloke. There are quite a few people around here that are like the glue of this community and Sunny’s one of them. When I die I want him to do my funeral.’ ”

For Sunny, congregational partnerships are essential supports to his ministry.

“The Cunnamulla congregation is a lovely worshipping community with strong ecumenical relationships and congregational partnerships,” says Sunny. “Our brothers and sisters in our little congregation and the Frontier Services patrol are facing severe drought and many related issues. The practical, moral and spiritual support from other congregations especially Blackall Range, Karana Downs, Brookfield and Toowoomba has a great impact in our small communities.” 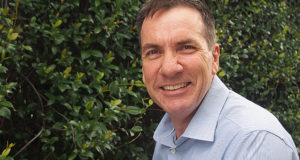