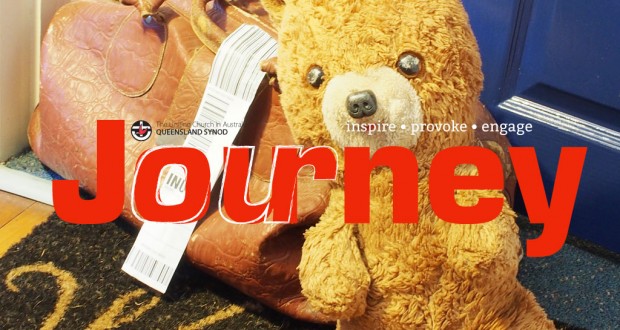 While Christmas is the time we celebrate God dwelling among creation, I would argue Easter is the ultimate expression of Emmanuel—God with us.

I attended the Let Them Stay protest at Lady Cilento Children’s Hospital in February. That night it wasn’t clear if the immigration department would forcibly remove baby Asha from the hospital, and the demonstration was the largest it had been since it began ten days earlier. Although it turned out to be unnecessary, most of the protesters were willing to risk arrest and blockade the hospital to prevent the child’s removal.

Although I felt strongly about the cause, I wasn’t so sure if I was prepared to be arrested that night (I had a deadline to make for this magazine after all!)

Most people are in favour of helping others, at least in principle, but it’s a different story once it becomes clear that it will cost us something. Fortunately for us, God does not have the same reservations and came to our aid through an act of radical sacrifice at Easter.

This month we have a special report about the growing number of churches grabbing headlines and risking prosecution by offering themselves as a place of sanctuary for the 267 asylum seekers facing deportation to detention on Nauru, including baby Asha (page seven). The Uniting Church is among the denominations calling for a more constructive and compassionate asylum seeker policy.

Finally, I have some sad news: This is my last edition of Journey. I have handed in my notice to go backpacking in Europe and the United States. It has been a privilege to serve the Uniting Church over these three years as editor of Journey, and I want to thank you for reading. I’m looking forward to all the ways Journey will continue to inspire, provoke and engage the church in the future.