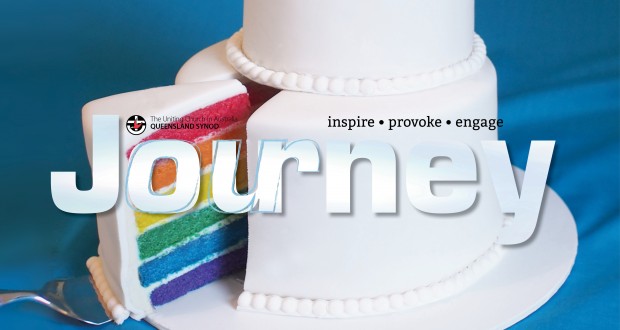 They say the number one rule of polite society is you should never talk about religion or politics. It’s upsetting, and causes division where there should be friendship.

Communities of faith don’t have that luxury. For obvious reasons we can’t avoid religion, and the expression of faith in the public sphere is a political act. And when religion and politics intersect—such as with the future of marriage—it compounds the controversy.

At the 14th Assembly of the Uniting Church, the Assembly Standing Committee will bring a report summarising the responses to the discussion paper on marriage as requested by the 13th Assembly in 2012. On page six there is a feature exploring some of the issues from a range of points of view.

There’s an intimacy that comes from being church together that somehow makes the opinions of a stranger in your pew matter far more than out on the street. On page eight Dr Janice McRandal examines how through Christ, God liberates us from dualistic, oppositional thinking, and frees us to celebrate difference. We could frame this discussion as an argument, but being divisive is not the goal.

Out of any church I’ve been part of, the Uniting Church finds the most value in difference. People who are different provide a fresh outlook and illuminating perspective to things we have long considered part of the furniture. People of different ages, cultures, economic status, genders, sexualities and theological traditions all have something important to contribute to the discussions that will continue during the 14th Assembly and beyond.

So let’s be careful, but also share confidently in the knowledge that we are loved by God who loves the whole world. As God loves us, may we love one another.