Christianity Today profiles Josephine Butler, her faith and her advocacy work for prostitutes in the Victorian era. Raised in a strictly religious family, Butler’s father was a public advocate for ending slavery and was vocal about teaching his daughters about the horrific realities of the slave trade.

Butler took inspiration from Jesus and his attitudes to prostitutes and believed that the concept that some women were beyond saving was “heathenism”. She advocated strongly for women’s education, the right to vote and the abolition of child prostitution.

Religion at the core of all the wars?

Church Times reports that while six out of every 10 people think “that faith teachings are essentially peaceful”, seven out of 10 still think that most wars throughout history were caused by religions. Theos think tank conducted the survey and also found that just under half the world think it would be more peaceful if no one was religious.

“It is about the people—some of them extremely nasty—who claim to follow a religion and use it for violent ends; and the economic, political, and nationalist causes with which it is often inextricably linked,” says Theos research director Nick Spencer. “This is emphatically not to say that religion in itself—its practices, loyalties, scriptures, and even ethics—has nothing to do with violence. Whatever else this survey tells us, it does not tell us that people think this whole religion and violence issue is really about something else. They don’t.”

Radio NZ examines the rise of Christianity in the Pacific and how it transformed the region through a top-down manner: a leader converts and then forces (or “strongly encourages”) others to convert.

Auckland University Professor Quentin Atkinson, author of a new research article published in the Nature Science Communications journal, said, “We have this data on these 70 different cultures across the Pacific and they have different political structures, their cultures are different sizes, so different population sizes, and different levels of inequality. And the test we applied was that if it’s a top-down process, then those cultures that have a strong political structure with a clear leader are going to be more likely to convert more quickly.”

“World Vision has robust controls and screening processes in place and condemns any diversion of aid funding and strongly condemn any act of terrorism or support for those activities. We have no evidence that any of our funds have been used for anything other than urgent humanitarian work,” a World Vision statement said. 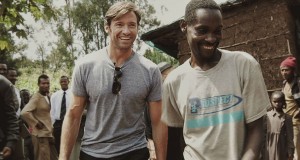 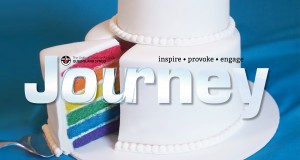 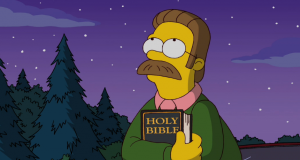 Were you ever banned from The Simpsons? I was.