Home > Scoop > Were you ever banned from The Simpsons? I was. 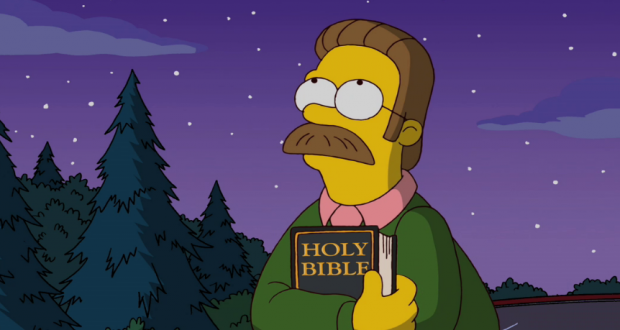 Ned Flanders from The Simpsons.

Were you ever banned from The Simpsons? I was.

The representation of religion in popular culture has long been viewed as unfair in the eyes of Christian parents, but do the cultural critiques of Matt Groening [co-creator] deserve a second look? As the Fox network celebrates 25 years of The Simpsons, Religion News Service argues it does.

Over the weekend the FXX Channel in the United States ran an epic marathon of all 552 episodes of The Simpsons. Take a look at the top five “Simpsons” religion episodes worth another look. No religion is safe.