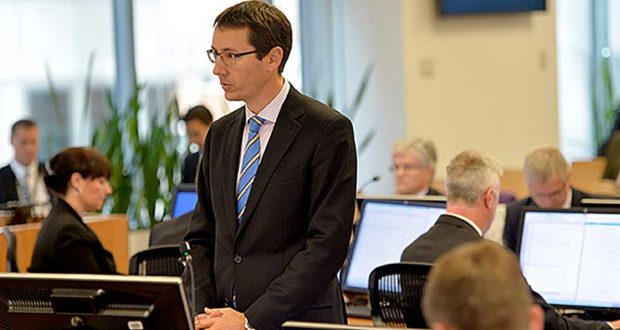 Uniting Church leaders appearing before the Royal Commission into Child Sexual Abuse have pledged to survivors to make the church the safest place it can be for children. Journey reports.

President Stuart McMillan assured the Royal Commission hearing in Sydney on 10 March that the Uniting Church would continue to apply the lessons learned from the Commission’s work.

“As church leaders we pledge ourselves to continue to understand and to implement the lessons of the Royal Commission and remain open to the insights of survivors and professionals,” said Mr McMillan to a hearing room that included a number of abuse survivors.

“We pledge to continuously seek improvement; to regularly renew our policies and practices in all parts of our Church, to ensure that they reflect the best practice for care, service and support of children.

“We pledge to ensure that these priorities are integrated into our organisational culture and practices. This is our commitment to you.”

Mr McMillan also re-stated an apology to children who had suffered sexual abuse either in the Church’s care or in the care of the Uniting Church’s predecessor churches.

“We are, and I am, deeply sorry that we didn’t protect and care in accordance with our Christian values for those children,” said Mr McMillan.

“And I want to acknowledge the impact that it’s had in the lives of those young people and to say I’m truly sorry.

“Our commitment to you is we will seek to make amends and to ensure that others don’t suffer in the same way you have.”

Mr McMillan made his statement after the Royal Commission announced there had been 2504 incidents or allegations of child sexual abuse reported at an institution or place of worship of the Uniting Church since 1977.

In his opening address to Case Study 56 of the Royal Commission, Counsel Assisting Angus Stewart SC detailed the scale of that abuse.

The Royal Commission staff reviewed the available information and based on their review, they noted “255 claims made to or commenced against the church that relate to child sexual abuse; and approximately $17.5 million has been paid by the church in settlement of claims,” said Mr Stewart.

Mr Stewart added: “As at 31 December 2016, 91 attendees at private sessions of the Royal Commission reported sexual abuse as children at an institution of the Church. This is 1.5 per cent of all reports given at private sessions.

“A majority of these reports relate to experiences of child sexual abuse that has occurred at schools and out-of-home care facilities. Only 12 private session attendees reported sexual abuse as children at a place of worship within the Church. This represents 0.2 per cent of all private sessions.”

Counsel for the Uniting Church Kate Eastman SC said that the Church would work with Royal Commission staff to clarify the data about the total number of incidents or allegations, and to give a clearer picture about whether they referred to allegations, inquiries or complaints as opposed to a finding or a report.

Case Study 56 is the latest in a series of hearings in which the Royal Commission has asked institutions that have appeared before it to account publicly for their progress in implementing child-safe practices.

Previous case studies involving the Uniting Church have focused on two schools, Knox Grammar and Shalom Christian College, Wesley Mission ’s out-of-home care policies and procedures in Victoria and New South Wales, and the church’s approach to redress and civil litigation, but until this case study the church’s policies and procedures had not come under direct scrutiny.

In the course of the hearing, Ms Geyer confirmed that the Uniting Church’s national council had adopted all of the Royal Commission’s Key Elements of Child Safe Organisations into the recently revised National Child Safe Policy framework.

Ms Geyer said that an implementation plan “will be rolled out throughout the church so that we can be sure that policies and practices throughout our church will now be revised in light of this new framework.”

Queensland general secretary Rev Heather den Houting explained that synods would implement the national framework “then adapt the tools, policies, processes, practices and procedures and expectations across the synod.”

The extent of the Church’s influence over independently incorporated schools was also raised in the course of the hearing.

Mr McMillan said that the Church had relational and moral influence through its appointees to school boards and that there had been “significant conversations” since the beginning of the Royal Commission around frameworks, policies and practices, that went above and beyond whatever state legislation that might apply.

He nevertheless admitted that consistent policies across all Uniting Church schools were “a work in progress”.

The findings of at least 60 case studies, reports and research into aspects of child sexual abuse will be collated into the Royal Commission’s Final Report to be handed to the Federal Government by 15 December 2017. 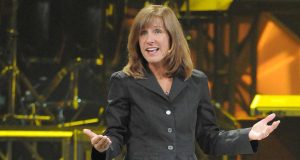 Nancy Beach: Going against the tide