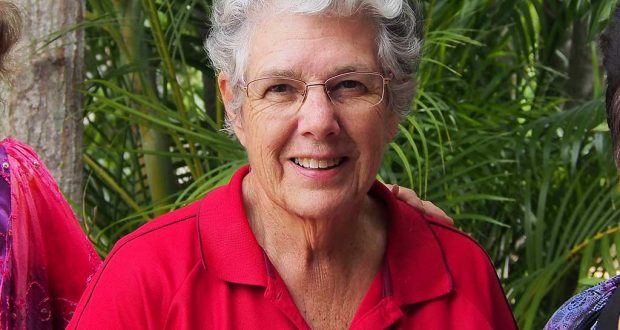 For the female relatives of Queensland prisoners, it can often feel as if they’re “doing time” with their incarcerated loved ones. Uniting Church members along with those from other denominations are helping to ease the pain with the Kairos Outside program. Ben Rogers reports.

Created in North America in the mid-seventies, Kairos prison ministry started as a course in a Florida maximum security prison but only began its focus on life beyond the prison walls in 1989 when a Californian chaplain began Kairos Outside, a program to help families impacted by a relative’s incarceration.

Kairos—named after the Greek term for “time” in the context of a special event—was first piloted in Australia in the mid-nineties when a Parramatta prison adopted the program. It has since been used in over 20 correctional centres around Australia and over 400 worldwide.

In North Queensland, the Kairos Outside for Women (KOW) team is busy preparing for a weekend get-together in June where they will provide a safe space for female guests to foster spiritual growth, offer love and network to meet others similarly impacted by imprisonment.

For those with a loved one in prison it can be a challenging period to work through feelings of shame, guilt and loss.

Gwen Thomas, former president of KOW North Queensland, has directly witnessed the emotional turmoil gripping attendees but sees the ability for people to connect with kindred spirits as critical for healing.

“You usually find the family members feel blame, they blame themselves and also they’re ashamed of their family, so they don’t tell anyone and they shut themselves away. When they get to Kairos and they realise there’s another 10 or 15 people in a similar boat to them, it makes a difference.”

“I think possibly the biggest of the challenges the women face is the feeling of isolation and rejection. We have talks on that and dealing with anger and then forgiveness from a Christian point-of-view.”

With a communal atmosphere dedicated to encouragement and support, one attendee (who wishes to remain anonymous) from the 2016 weekend retreat had the highest praise for the program: “The appreciation of myself and others, could never be described with words, but I reckon that Kairos just might have saved a few lives during its time.”

Given the weekend is provided free-of-charge to attendees (called “guests”), KOW relies on support through donations and volunteers. Margaret May, who will lead the June weekend event, is keen to stress that support can come in many forms.

“We go from Mackay to the Cape, so it’s quite a big distance. Therefore fundraising becomes a very big effort.”