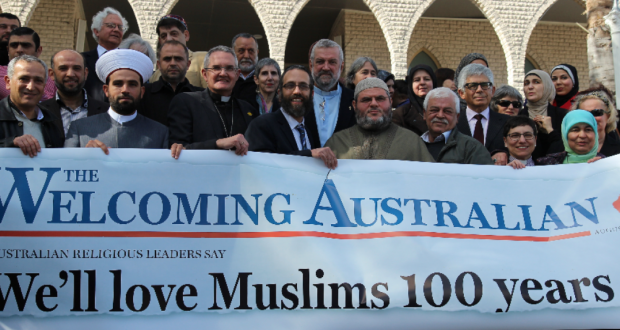 Uniting Church leaders from across Australia joined interfaith and ecumenical friends on 22 August in a statement of solidarity with Australia’s Muslim community.

Uniting Church in Australia President Rev Dr Andrew Dutney is one of more than 150 faith and community leaders who has signed on to a declaration that “We’ll Love Muslims 100 Years”.

The statement is a reference to the banner headline in the Weekend Australian on 9 August “We’ll Fight Islam 100 Years”.

“Recent public statements and media coverage about Muslim-Australians in some sections of the Australian media have been inflammatory and divisive,” said Dr Dutney.

Signatories to the Love for 100 Years statement declare that, “We believe people of Muslim faith are being unfairly smeared in the eyes of the Australian public by both subtle and overt links to violent extremism in political and media discourse.”

The full text of the statement and current signatories can be found at lovefor100years.com