Home > Opinion > Back to the future for christian growth 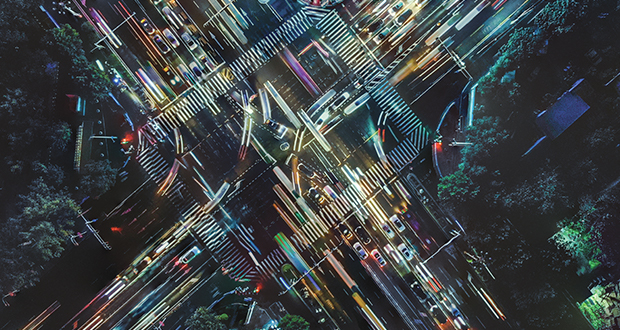 Back to the future for christian growth

Despite what you may have heard, the current status of Christianity around the world is not all doom and gloom: there are still regions experiencing rapid Christian growth and their stories provide useful lessons in how we may be missionally fruitful and socially transformational. Simon Gomersall writes.

Brave is the person who attempts to predict the future. Or foolish. I may be a little of both, but I believe the task of describing the future of the Christian church isn’t that difficult. This may surprise you. Do I possess a crystal ball? In a sense yes, I do. For there is a body of literature in the academic discipline of mission studies (now usually referred to as “World Christianity”) that offers an increasingly vivid picture of where the church is likely heading.

“Find out what God is doing and join in” is an oft-quoted maxim in mission thinking. If your service for the kingdom is bearing no fruit, then find out where God is visibly active and join in. With greater access to global research than ever before, it’s not too hard to identify where the global church is both advancing and declining. Without proactive attention, the declining church will continue to decline, and the flourishing church will continue to grow, eventually becoming the new norm.

There are regions of rapid Christian growth around the globe and on the leading edge of this growth we find a common set of convictions, principles and practices that are frequently described as disciple-making movements (DMM) and church planting movements (CPM). These are genuine movements. No one is in control, except the spirit of God. Without any central coordination, similar things are happening in multiple places.

For example, in northern China, one well-researched movement in an area often referred to as Yinyan (the name is changed for security reasons) with a population of eight to 10 million people, a single house church was commenced in 1991. This church reproduced itself so many times, into communities that also reproduced themselves, that by 2001 the region accommodated 900 churches with 100 000 new believers worshipping in them. Similar explosive growth is being observed in Cambodia, Thailand, India, Indonesia, Africa, South America and parts of the Middle East.

Sceptics search for reasons to dismiss this data, pointing out such things are primarily occurring in the developing world. This is correct. It seems God still has a heart for the poor. But small pockets of research demonstrate that where western churches are embracing the same convictions, principles and practices, ensuring they are suitably contextualised for a western environment, patterns of decline are being reversed.

So, what does the church look like in those parts of the world where it is flourishing? What is the future of the church? Here are some common elements.

The church is relatively small. Rapidly growing churches of the developing world are usually 20–40 people. These churches are light, nimble, flexible, and, most importantly, easily reproduced. That doesn’t mean there aren’t large churches, but they prioritise smaller communities as the functional units of the church.

Think of it this way; if you wanted to provide sustainable protein for a village facing starvation and you could either gift them two adult elephants or two infant rabbits, which would you offer? You might mistakenly assume the elephants’ body mass would make them the preferred gift. But in five years, the elephants would produce 17 000kg of protein (three elephants), but the rabbits would produce a staggering 69 million kilograms of food (69 million rabbits). The developing world church is going big by staying small. It takes enormous effort, skill and resource to reproduce a big church, but a small or mid-sized group is easily replicated. Illustrating this point, someone once said to me, “It takes an exceptional person to lead a major corporation, but any 20-year-old can manage a local McDonalds.” The simpler the task and structure, the easier it is to reproduce.

Ordination is reconceived in the churches of the developing world. Everyone is ordained. Every believer carries the responsibility to participate in the church’s educational processes and caring ministries. Everyone fulfils the mission of the church by sharing faith with their secular friends and neighbours. Rapid mobilisation is practised. This means that basic training is quickly given to new believers who are almost immediately released into core ministry tasks. Praxis (reflection on action) then becomes the primary mode of learning. As nervous as that might make western theological educators and ecclesiastical leaders, it is the only way that sufficient numbers of leaders can be raised to keep pace with the needs of new communities constantly springing up. The church’s future leaders come from within the harvest. Chinese Christians have a saying, “In every Christian there is a church.” This betrays their expectation that every Christian will one day be part of a team, leading a small community that makes disciples, grows leaders and ultimately reproduces itself, again and again.

This flexibility is part of the reason why these flourishing churches own no property. They simply don’t need it. Their gatherings occur in any convenient place that meets their spatial and temporal needs: a living room, a backyard, an open field, a warehouse storeroom. This offers three great advantages. First, without property overheads, all monies raised by the church are used to help people. Second, when a new church is formed, it can literally happen anywhere. There are no geographical constraints. Finally, it reinforces the biblical ideal that a “church” is the people who gather, not the building in which they assemble. People don’t go to church. They are the church. This insight shapes an identity out of which people live every moment of their lives, rather than a few hours on Sunday.

Prayer and participative engagement with scripture are primary activities of the church. Every study that explores the growing edge of the church notes that “extraordinary” prayer is an “ordinary” part of such movements. Believers gather to steadfastly pray more often than for any other purpose. Regular prayer meetings, extended periods of prayer and fasting, prayer walks and prayer mapping (often called oikos mapping) are all part of their practice.

Believers also learn to read, study and discuss the Bible with others, both one-on-one and in small groups, not with the goal of knowing more, but rather learning to “obey” the scriptures. In the Great Commission, Jesus’ primary imperative was not to “go”, but to “make disciples and teach them to obey everything I have commanded you”. In a DMM or CPM, all believers are taught to search the scriptures looking for clear teaching that can be put into practice.

In this context, mature Christians avoid providing all the answers to the new believer’s questions, instead learning to empower the reader by asking further questions and avoiding a posture of expertise. Why does the growing edge of the church pray and study the scriptures so fervently? Probably because they have few other options. These two activities are the essence of their private and corporate life. It is profoundly simple. No complex programs, just relatively small communities gathering for highly relational participation in worship, training and mission.

In these contexts, social action, though essential, is secondary to evangelism and discipleship. Where social action is undertaken, it is embedded in the lives of regular Christians rather than outsourced to professional organisations. For example, a church in Nigeria located in a town with rampant parent mortality due to AIDS, instead of starting an orphanage, encourages every family in the church to adopt several children. So, rather than outsourcing social care to professionals, every member of the church assumes the costly responsibility for meeting the community’s needs and, equally important, every member of the church experiences the corresponding formation and growth in their personal discipleship as they “deny themselves, take up their cross and follow Jesus” into these challenging spaces.

Remember I’m not describing a dream or fantasy, but actual practices employed by tens of thousands of Christian communities around the world. Nor is this anything new. The church of the future looks surprisingly like … the church of the past. Whenever the church has been missionally fruitful and socially transformational, it has been marked by these sorts of characteristics. First-century house churches, monastic cells, Wesleyan Societies, Pietist groups, South American base communities and Chinese underground churches are all historical examples that have operated according to similar principles.

Obviously, this picture is quite different to most Uniting Churches. To learn from the church of the developing world, the church of the future, we will need to humbly and prayerfully consider where these underlying principles can critique, complement and at times recreate the communities we now steward. But, before that conversation, we first need to address a more pressing question: will we fearfully cling to what is familiar, but declining, or will we courageously embrace what God is doing in the world?