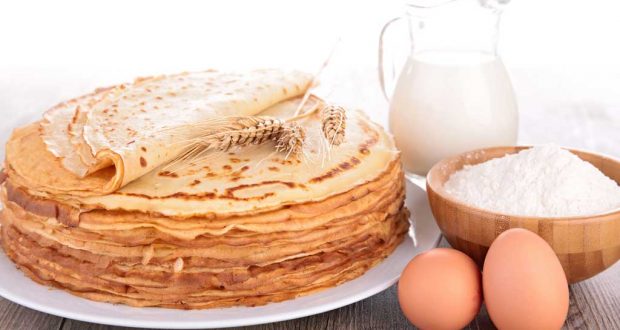 Lent is a special time in the church’s calendar for prayer, reflection and repentance. Journey uncovers five things you may not have known about the period and its traditions.

Why do we call it Lent?

The term “Lent” has its roots in the Old English words lencten (spring season) and lenctentid (springtide) which also are associated with the “lengthening days” of spring.  Lent is known as carême in France, quaresima in Italy and quaresma in Portugal; all words which derive from the Latin term quadragesima meaning “fortieth” in reference to the 40 days Jesus spent fasting in the wilderness.

Shrove Tuesday is seen as the last day to eat all the flour, eggs, sugar and dairy products before the start of Lent fasting. Europeans would combine those ingredients into pancakes and so a delicious tradition was born in Pancake Tuesday. However there are some who believe that Shrove Tuesday is actually a pagan celebration with the pancake’s dimensions and temperature symbolising the sun.

The Christian traditions of abstinence and fasting can be traced to Old Testament ideas around discipline and today the Catholic Church teaches that these acts are a penance for sins, with many abstaining from things such as watching a favourite television show or drinking alcohol during Lent. While it is common knowledge to abstain from eating meat on Good Friday, did you know that the United States Conference of Catholic Bishops declared abstinence from meat does not include meat juices and soups made from meat?

While the Bible does not specifically mention Ash Wednesday, marking oneself with ashes and dust in repentance is mentioned, for example, in the books of Esther, Job, Jonah and Daniel. Today the practice is carried out by making ashes ideally from the palm branches blessed on the prior year’s Palm Sunday, which are then applied to the forehead.

Placing veils over statues and crosses

If you visit a Catholic church during Lent you may notice statues and crosses covered by veils. Many believe the practice dates back to Germany during the ninth century when a large cloth known as a hungertuch (hunger cloth) would be used to hide the altar from view until the Wednesday of Holy Week. Others see the concept of veiling linked to the ancient act of shielding the altar from penitents until they reconciled with God at Easter.