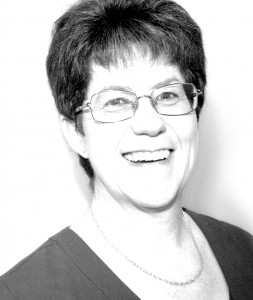 When I was preparing to serve in the role of moderator a friend lent me a book on leadership. Leadership on the Line is by Ronald Heifetz, a physician who plays the cello, and Marty Linsky, who has a background in politics and the media. Neither of the authors is a theologian, but the last section of the book focuses on body and soul.

The book, published by Harvard Business School, has lots of good advice about how to lead organisations and some very practical strategies for responding to issues in corporate and government sectors. I was surprised that so much of the last section resonated with my ideas about Christian leadership. They write about the strength of personal life, relationships and practices for renewal and being motivated by love and a desire to make a contribution and to make connection.

Sometimes people think leadership is about throwing your weight around or behaving in an authoritarian way, yet Jesus was not like that. At times there were some strong words exclaimed and differences of opinions expressed. People commented on his way of exercising authority even over the wind and the waves. Sometimes he used humour to influence and challenge.

When Jesus turned over the tables in the temple he let his anger drive his action. It was an act of leadership that demonstrated it was time the money changers ceased taking advantage of the poor pilgrims on their way to make a sacrifice at the temple. Sometimes leadership involves speaking up for justice.

The response that Jesus made to those who arrested, charged and tried him was one of steadfastness on the mission. His death on the cross is often described as sacrifice.

Apparently the word “lead” comes from an Indo-European word that means “to go forth, die.” So leading may mean recognising that one day I will die, and how might I give meaning and significance to my life in the meantime?

“Exercising leadership is an expression of your aliveness. But your life juice—your creativity and daring, your curiosity and eagerness to question, your compassion and love for people—can seep away daily as you get beat up, put down or silenced,” write the authors of Leadership on the Line.

One response is to pull on layers of protection, to allow yourself to become numb and unresponsive, or to grow cynical and callous. Other leaders tote up all their personal sacrifices and develop a sense of entitlement.

Instead, leaders should remain open, available and vulnerable while loving and serving God and God’s people. That is my challenge as a leader.