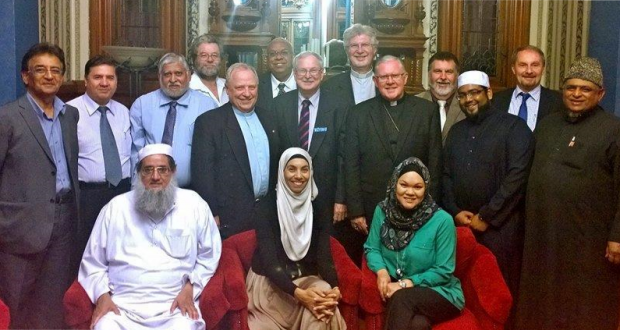 Mr Baker said it the meeting was called to consider ways of strengthening relations between the Christian and Islamic communities in the State and to promote respect and harmony.

The meeting was initiated because of concern over recent negative attitudes expressed toward Muslims and particularly Muslim women.

The meeting was repulsed by such actions, called upon Queenslanders to respect the right of all Australians to enjoy freedom of religion and discussed how to promote understanding and tolerance between people of different faiths.

“It was a significant opportunity to hear the stories of Muslim people who are deeply committed to and appreciative of the Australian way of life but who find themselves marginalised and having their commitment to this nation questioned,” said Mr Baker.

As well as members of the Queensland Islamic Council, representatives of the Council of Imams, Crescents of Brisbane and the Australian Muslim Advocates for the Rights of All Humanity (AMARAH) attended.

Further meetings of the Heads of Churches and the Islamic Council of Queensland will be held in 2015.