Home > Scoop > Faith in the Oval Office: Is this the final trump? 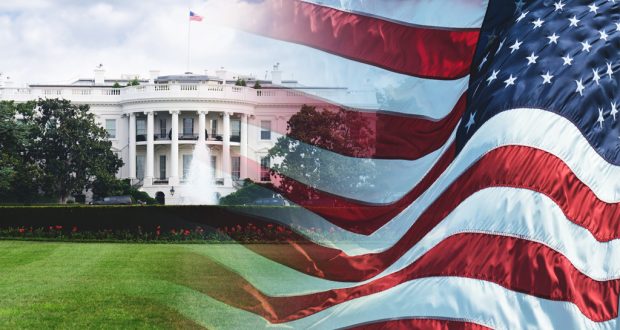 Faith in the Oval Office: Is this the final trump?

As Donald Trump settles in as the 45th president of the United States of America, what do we really know about his faith? Ben Rogers looks at the complex relationship between Christianity, the Oval Office and the American electorate.

The 2016 presidential election provided an intriguing insight into the role of religion in America, where the credo “In God we trust” still underpins political life.

Each candidate may have self-identified as a Christian (Trump, a Presbyterian and Clinton, a Methodist) but their relationship with faith and how the American public perceives that dynamic is a far more complex beast.

According to 2016 Pew Research Center data, a presidential candidate who identifies as atheist is still one of the biggest liabilities to being elected (more so than one who admits to an extramarital affair, had financial troubles or smoked marijuana), but a large majority of American adults believe religion is losing influence in society.

Most interestingly, the data found that while many Republicans have scepticism of Trump as a religious person, they still believe he would be a good president despite this apparent lack of religiousness; for Clinton, Americans who believe she is “not too” or “not at all” religious has sharply risen since 2007.

It would hardly be revelatory to note that Trump is less than devout when it comes to his Presbyterian faith. While he has publicly stated that the Bible is his favourite book and has given commitments that under his presidency “Christian heritage will be cherished, protected, defended, like you’ve never seen before,” and that “you’re going to see ‘Merry Christmas’ in department stores,” there is lingering scepticism about the veracity of his personal faith.

This is in part due to Trump’s own comments, such the admission that he’s never sought forgiveness for his sins, and his references to Holy Communion as “I drink my little wine … and have my little cracker”. His braggadocio vis-à-vis his material wealth or his occasional derogatory comments about women haven’t helped.

But despite America’s Christian tradition—nearly all past presidents have identified as Christian—and the role of faith underpinning hot-button issues like abortion or LGBTI rights, the faith factor was not particularly prominent on the campaign trail—Clinton and Trump preferring to spar over immigration, taxation, national security and trade.

So help me God

Founding Father Thomas Jefferson may have used the phrase “separation of church and state” in the context of the United States Constitution’s First Amendment, but the land of the free and the home of the brave has always had a complicated relationship with Christianity and its presidents.

Nancy Gibbs, writing for Time magazine in 2004, pointed out, “It’s only natural that a country founded by pilgrims would never let its politics wander far from its faith … and yet the story of presidential faith throughout US history is one of argument and mystery, as it was meant to be.

“A sense of independence was hard-wired into America so that all could worship as they pleased. Church and state may be separate in the States, but faith and politics are not.”

With the exception of a couple of contentious names (Abraham Lincoln, Andrew Johnson), all past presidents have identified (or been identified by historians) as Christian, with a denominational spectrum spanning the Baptists (Jimmy Carter) to Dutch Reformed (Theodore Roosevelt), Catholic (John F. Kennedy) and Episcopalian (James Madison).

Jefferson may have declared himself a Christian but later clarified, “I am Christian, in the only sense in which Jesus wished any one to be,” Jefferson would write his own version of the Bible omitting any references to miracles, including the resurrection, and renounced the conventional Christian Trinity. Although he was once accused of being an atheist during electioneering, he donated to the American Bible Society and attended services at the Capitol.

Post 9/11, there’s a certain wariness amongst many Americans to affix faith to the business of governing the nation.

Bush also was quoted as telling the Palestinian foreign minister Nabil Shaath, “I feel God’s words coming to me: ‘Go get the Palestinians their state and get the Israelis their security, and get peace in the Middle East.’ And by God, I’m gonna do it.”

This explicit proclamation of God pulling the strings of US foreign policy was more than many Americans could stomach, and created a deeply uncomfortable vision of how the faith could be co-opted for foreign invasions and endless bloodshed.

Bob Woodward—author of Plan of Attack, a meticulous look at Bush’s road to war in Iraq— noted that after Bush gave the order to invade in 2003 he was “praying for strength to do the Lord’s will.”

And if ever there was an answer that confirmed Bush’s divine inspiration for war, it was the response he gave to Woodward when asked whether he turned to his father, former president George H.W. Bush, for advice on taking down Saddam Hussein: Bush junior stated H.W. was the “wrong father to appeal to for advice … there is a higher father that I appeal to.”

While Bush was somewhat careful to analogise al-Qaeda and radical Muslim insurgents with faith-less communists and Nazis, his rhetoric still seemed soaked in Christian triumphalism; the legacy of which still lingers in the minds of many who associated his administration’s Middle Eastern adventurism along Holy War lines.

Given the polarising effect of Bush’s heart-on-the-sleeve Christianity, it is no wonder that Barack Obama has been far more restrained and considered when discussing faith and how it guides his decision-making.

Faith in the age of President Trump

What can Christians expect from a Trump administration now that the real-estate mogul has taken over the most powerful job in the free world?

Given his somewhat erratic reversals on policy positions in the past (remember Trump’s campaign pledge to appoint a special prosecutor to go after Hillary Clinton? Post-victory, he told 60 Minutes, “I don’t want to hurt them. They’re good people”) it’s anybody’s guess just how he and a Republican-majority Senate and House of Representatives will govern on matters such as abortion, LGBTI rights and religious freedom.

When it comes to abortion and LGBTI rights, Trump’s selection of a Supreme Court nominee (which has a vacancy due to the death of Antonin Scalia in 2016) will have a major bearing if a movement coalesces around overturning rulings on Roe v. Wade and same-sex marriage.

Trump has been vocal about his desire to appoint conservative judges to the Supreme Court and an alleged shortlist of nominees includes Judge William Pryor Jr., who described Roe v. Wade as “the worst abomination of constitutional law in our history”.

Vice-President Mike Pence will also be a significant influence on a Trump administration and, like Pryor, it’s not difficult to predict where he would side on matters such as abortion. On the campaign trail he declared, “We’ll see Roe v. Wade consigned to the ash heap of history where it belongs … I’m pro-life and I don’t apologise for it.”

Pence has been an outspoken advocate for conservative Christian politics, declaring the legalisation of gay marriage in 2006 a sign of “societal collapse”. He supported legislative efforts to provide constitutional protections to foetuses from conception, and as Indiana governor signed the state’s Religious Freedom Restoration Act backed by opponents to same-sex marriage.

Despite Trump’s solid support from white born-again and evangelical Christian voters, many of the faithful have serious concerns about the future. The National Council of Churches released a press release earlier this year stating, “We urge President-Elect Donald Trump, who has said he shares our Christian faith, to take seriously his responsibility to bring our nation together and to heed the oath he will take to preserve, protect and defend America … We have grave concerns about a proposed policy agenda that, if enacted, would put the most vulnerable among us in jeopardy.”

Christianity Today asked various Evangelical leaders their thoughts in the immediate aftermath of Trump’s election win. While the United States Senate chaplain Barry C. Black responded positively (“I feel grateful, optimistic and satisfied”) many others did not share the sentiment.

“I’m hurting over Christians who don’t care or refuse to see how Trump’s mendacity divided our nation … and I’m heartbroken for our country. Only God can heal us. Let’s pray hard he will,” lamented Patricia Raybon, author of I Told the Mountain to Move.

In his inimitable style, Trump has himself addressed the issue, although his comments will not ease the concerns of many Christians.