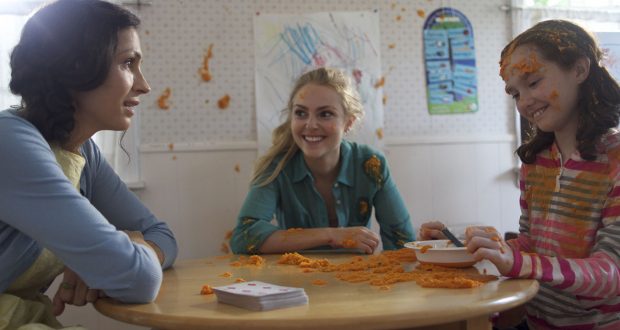 A surprising number of films depict characters on the autism spectrum but few accurately illustrate how the neurodevelopmental disorder impacts family like Jack of the Red Hearts (2015).

From the classic Rain Man (1988) to the recent The Story of Luke (2012), many filmmakers have grappled with autism as a central plot device but few can claim an intimacy to the subject quite like Janet Grillo who, as the mother of a son on the autism spectrum, has carved out a career communicating its all-consuming reality.

An orphaned teenage runaway, Jack has conned her way into the caretaker role for autistic 11-year-old Glory (Taylor Richardson) in a desperate attempt to make a life for herself and younger sister Coke—currently in the foster care system.

More comparable to the clichés of a Lifetime TV movie than that of a cinematic release, Jack of the Red Hearts works better as educational viewing than the kind of critically-acclaimed drama to which it aspires. Like medicine your doctor prescribes, you’ll know watching the film is good for you—as it works to break down misinformation about living with someone on the autistic spectrum—but you won’t necessarily enjoy the process.

Richardson’s performance is raw and believable—a highlight of the predictable plot and Robb’s overacting.

With occasional point-of-view shots immersing the viewer in Glory’s world, the film differentiates itself from others by giving each of its character enough air time for the audience to empathise with all those involved in the care of an autistic child.

While it’s a gamble to share the focus across such an array of key players, it ultimately pays off with a delicately balanced bitter-sweet mix of struggle and hope affecting the resolution.

Donned with awkward and politically incorrect interactions between Jack and Glory, Jack of the Red Hearts is difficult to watch—so probably as close to the truth as it gets.

Jack of the Red Hearts
Director: Janet Grillo
Starring: AnnaSophia Robb, Taylor Richardson, Famke Janssen
2015, not yet rated
Request a screening in your city via jackoftheredhearts.com.au or buy it on movieschangepeople.com from 21 September.

For a limited time only: Comment on a Scoop article on JourneyOnline and receive a FREE digital voucher to watch Jack of the Red Hearts on movieschangepeople.com! Five vouchers available. First in, best dressed.