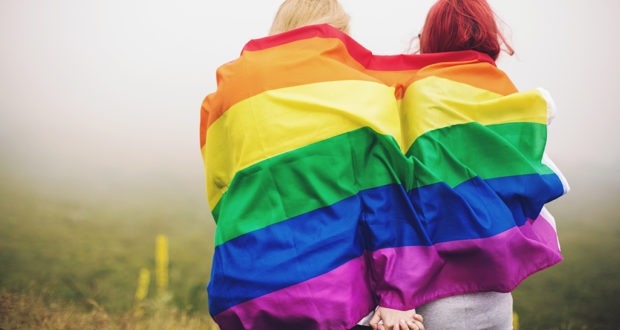 May 17 is IDAHOT Day—International Day against Homophobia, Transphobia and Biphobia. Photo: Supplied

Debating issues around sexuality can cause controversy in the Christian faith but open dialogue is the key to progress in an age where the LGBTIQ community still faces significant violence and discrimination. Sue Hutchinson explores how church members can be truly supportive of LGBTIQ individuals and their families.

“Families are at the heart of all our lives. Whether it’s the family we grew up with or the families we have built as adults. Whether they are families of biology or families of choice. We are all part of ‘families’, and those families, however we define them, influence all aspects of our lives.”

May 17 is IDAHOT Day—International Day against Homophobia, Transphobia and Biphobia—and the focus for 2017 is families: Love makes a family.

May 17 was first known as the “International Day against Homophobia” and mainstreamed through its acronym “IDAHO”. In 2009, transphobia was added explicitly in the title of the name, in the recognition of the very different issues at stake between sexual orientation and gender expression. IDAHOT became another popular acronym used alongside the initial one. Since 2015, biphobia has been added to the title, acknowledging the specific issues faced by bisexual people.

One aim of IDAHOT Day is to draw the attention of policy makers, opinion leaders, social movements, the public and the media to the violence and discrimination experienced by LGBTIQ people internationally.

At least 81 countries criminalise same sex relationships; in ten of them the death penalty applies for same-sex acts. 40 per cent of the world population are not free to choose who they love, and live in a constant state of fear.

IDAHOT Day has been growing steadily and is now celebrated in more than 130 countries, including 37 where same-sex acts are illegal.

One activist in Cambodia said: “The fact that we know thousands of other activists are taking action on the same day is an incredible booster of our self-confidence. We actually see that the global community somehow exists”.

Here in Australia discrimination, stigma, violence and bullying are commonplace experiences for people in the LGBTIQ community. This is often a particular issue for children and adolescents who are coming to terms with their sexual orientation or gender identity.

The systemic exposure to stigma which they often experience is damaging: the victimisation and bullying from peers at school can be so severe that it results in deep depression and even suicide. In 2016, a 13-year-old boy in Brisbane killed himself after experiencing prolonged homophobic bullying at school. His story is a wakeup call to the whole community, including all church communities. Researchers have found that family connectedness, adult caring, and school safety were significant protections against suicidal ideation and attempts.

Families of LGBTIQ people have a particularly important role in supporting the physical and emotional well-being of their family member. The connectedness of families is key, and being able to “come out’ to family members and be supported and loved, is very important. Families may need support in this.

When one family member’s sexual orientation and/or gender identity differs from the rest of the family and what they see as “normal”, there is a conflict for the family between loyalty to the family member and surrender to the norm. When the norm wins, the family can be another source of rejection and even violence, and even lead to young people being kicked out of home.

Other families who are more open to difference may lack the necessary tools to discuss openly sexual and gender diversity. Families need support, education and resources.

Rainbow Families, where at least one parent is LGBTIQ, frequently face discrimination and judgement; they also face difficulties with social and legal recognition.

Jane Frazer Cosgrove is a Uniting Church member with a passion for social justice, inclusion and the rights of people who identity as LGBTIQ. She speaks with authority as a family member and the real involvement she has in the lives of people who are hurting.

Jane reflects on what she has observed in the Uniting Church: “I feel as if the sexuality debate raged on and on, and then it was followed here in Queensland by an oppressive and isolating silence.

“The silence that concerns me most is the lack of visible support for those who are made more vulnerable by stigma and discrimination linked to sexuality and gender issues.

“I think particularly of young people like 13-year-old Tyrone Unsworth who died by suicide here in Brisbane last year after experiencing years of bullying that was motivated by his sexuality.

“I think too of my gay friends who are frightened of their sexual orientation becoming known in their Aged Care facility.

“How can I not think also of the current horror where Chechen authorities are persecuting people they label of ‘non-traditional orientation’. Where are the churches speaking out about this?

“In a church that speaks out so well on so many issues of injustice I feel as if what’s fundamentally importantthat we visibly stand up for everyone’s inherent dignity and treat all individuals with respecthas been lost and side tracked by the minutiae and ferocity of the whole debate. Perhaps at least on 17 May my church will stand up and speak out with and for us.”

Jane believes that there is no way the Uniting Church people she knows feel safe to “come out” in their congregation. They are too afraid.

So, as Christian people, how do we stand up and support people and their families? Let’s start by focusing on the people. Regardless of our feelings and views regarding sexual identity and gender orientation, we can support the individuals we come to know and love.

We need to be open to really listening to people, being supportive and loving them as fellow human beings. Above all, do not be judgemental. Don’t offer to pray for someone (for “healing”); it will most likely be hurtful and even harmful.

Simple acts of solidarity can mean a great deal to someone who feels isolated: on 17 May you could wear rainbow colours or your congregation could raise a rainbow flag, or display it in the window. Or even share an appropriate image on Facebook.

Look out for the rainbow colours on Story Bridge and public buildings in Brisbane on the evening of 17 May.