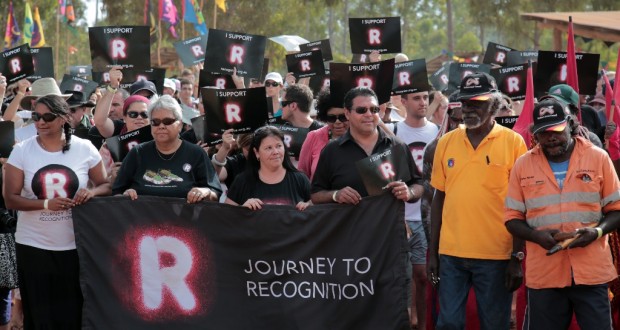 If a referendum vote were held today, 75 per cent of all Australians (including two in three Coalition voters) would vote yes to recognise Aboriginal and Torres Strait Islander people in the nation’s Constitution.

Undertaken by Polity Research for the Recognise movement in March, the research demonstrates strong backing for this change—both in Aboriginal and Torres Strait Islander communities and across the wider Australian community.

“This confirms that when you ask them to make this decision in a democratic vote, our fellow Australians are prepared to say yes in the sort of overwhelming numbers that would absolutely carry this referendum,” says Recognise joint campaign director Tanya Hosch.

She also said the conclusions should give even greater confidence to community and political leaders that Australians were eager and ready for our chance to vote to include recognition and get rid of discrimination.

The findings come ahead of the 48th anniversary of the 1967 referendum next Wednesday and in the lead-up to a promised meeting on recognition between the prime minister, opposition leader and Aboriginal and Torres Strait Islander leaders.

The Uniting Church in Queensland is a Recognise partner. Read the full release on the Recognise website.