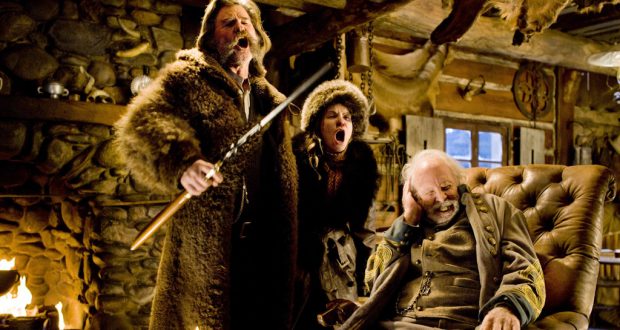 The Hateful Eight may be an R-rated, hard-to-stomach watch for some Christians, but Dr Janice McRandal offers an alternative perspective on Tarantino’s violence and the film’s defiantly religious framing device.

The Hateful Eight is a characteristically antagonizing film written and directed by Quentin Tarantino: intense violence, extreme profanity and uncomfortable truths around race and misogyny assault the viewer for almost three hours.

In his use of luscious and frightening landscapes, along with exceptionally tight and relentlessly tense dialogue, Tarantino more emphatically than ever eschews the narrative necessities of good guys and bad guys. Everyone is evil.

This western/horror hybrid takes place in postbellum Wyoming, and follows the story of bounty hunters, outlaws and the decidedly untrustworthy.

For many, the over the top graphic story-telling may even render the film unwatchable. Tarantino’s use of violence—in language, plot, and graphic visuals—doesn’t sit well for many, and perhaps especially for Christians.

But the truth is many of us are wild consumers of multiple forms of depicted violence: think Game of Thrones, video games and even violence parsed and commoditised through mainstream media. Against this backdrop, Tarantino intentionally seeks out violence as creative opportunity.

And in The Hateful Eight, he pushes the boundaries even further. This film typically intersects the world of fantasy film and storytelling with real-life horrors; an imaginative horizon that has framed most, if not all of Tarantino’s films.

Tarantino recently told the press he wrote The Hateful Eight to reflect America’s fraught racial history, with the splitting of the cabin into northern and southern sides and a speech about the perils of “frontier justice”. So how do we think critically about the use of violence in Tarantino films, and in this film in particular?

One of the significant themes that has shot through many of his films, has been the possibility of redemptive violence.

In a society in which the desire for revenge is considered almost a virtue, Tarantino has repeatedly tricked his audience into laughing shamelessly as the bad guys are tortured or killed, and that’s where The Hateful Eight gets interesting.

We are abandoned to a world where not a single good guy appears, and the story refuses to sufficiently nuance a characters’ past so that future vengeance becomes justified. In the end, we are left with a barren amalgam of meaninglessness and hopelessness. It is almost as if Tarantino’s violence has likewise reached its end.

Oddly enough, this is not the final word. The entire film is framed by a crucifix. The iconic and strange figure of Christ crucified is both our way into this messy hell on earth, and somehow, our way out of it. 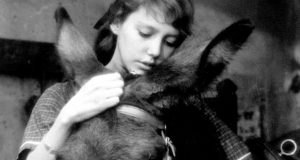 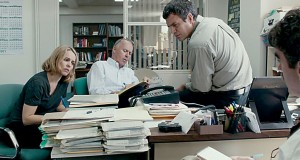