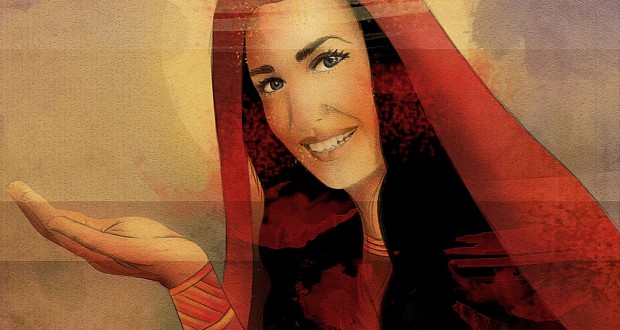 Telling others about the good news of Christ’s death and resurrection is a vital part of mission and discipleship, but it can be difficult—even intimidating. Rohan Salmond looks at how to overcome some of the challenges to evangelism.

When Jesus was betrayed and crucified, the movement which had built up around him was shattered and immediately went underground. The eleven disciples locked themselves away in terror, and Peter, on whom Jesus said he would build his church, publicly denied ever knowing him.

At first, none of the men who knew Jesus best were aware that on the third day something incredible had happened—hope had not been lost.

Jesus had risen from the dead.

There’s only one person all four gospels specify by name as a witness to Jesus’ execution, burial and resurrection. Out of all the followers of Jesus, Mary Magdalene was brave enough and faithful enough to be present for these things, and she was the first person to tell others about the good news. Upon being the first to see Jesus alive again, she ran to the disciples and told them what she saw.

She was, arguably, the early church’s first evangelist. Her unique role in the formation of the church earned her recognition as apostle to the apostles. She remains a towering hero of the faith and an example to follow today.

The word “evangelism” simply means “to proclaim good news”. Before he ascended into heaven, Jesus came to the disciples and delivered what is now known as the Great Commission, saying, “… go and make disciples of all nations, baptising them in the name of the Father and of the Son and of the Holy Spirit, and teaching them to obey everything I have commanded you …” The charge to share the gospel with others is one the Christian church has carried out over nearly 2000 years, both when it was easy and when it was hard.

Today, the cultural landscape in the West makes sharing faith a challenge. The Uniting Church claims within its heritage evangelists like John Wesley and has produced powerful evangelists of its own, like Sir Alan Walker, but the 2010 and 2014 meetings of the Queensland Synod in Session both identified faith sharing as an area now in need of work.

Rev Stu Cameron is lead minister with Newlife Uniting Church, a large congregation on the Gold Coast which makes concerted efforts to share faith and invite new people to participate.

“I think the Uniting Church is agnostic about evangelism,” he says.

“Understandably we’ve reacted to some of the abuses of evangelism in the past, where people have been browbeaten, and we’ve reacted with some cultural cringe to the approaches that might have worked in the 50s and 60s but no longer work today—again, understandable—but we’re at risk of throwing the baby out with the bathwater.”

Jordan Gauchi is pastor with Mallala Uniting Church in South Australia, a regional congregation which had closed many of its outreach ministries. It entered into a covenant relationship with a larger urban church in Adelaide, Gawler Uniting, which sent Jordan to help re-establish some of that outreach.

“The Uniting Church has its heart in the right place; we as a body want to see the world receive the love and grace of God,” says Jordan.

“To me evangelism isn’t bold conversations, door-opening questions or clever arguments but rather a by-product of a flourishing and authentic faith.

“I think the Uniting Church, like most churches, wants evangelism, but we’ve made it out to be so big and complicated it’s hard for us to live it out and achieve our goals to make disciples,” he says.

Stu says there are other factors at work in the Uniting Church’s apparent hesitancy to actively evangelise.

“The second thing is there’s been a drift, from my perspective—not everywhere and not everyone—but in some cases we’ve lost something of our confidence in the gospel story itself. Is the gospel story transformative? Not just for communities, but for individuals.

“The whole question around eternity and life after death and resurrection and these sorts of things—these have been hotly debated within scholarly circles and have spilled over into the life of the mainline church. And I think to a certain extent we’re unsure of the heart of the story itself so we’re reticent to actually share the story. That may have led to a withdrawal from a more overt
gospel sharing.”

For many churches, particularly in rural and regional areas, a lack of confidence in the gospel story isn’t the problem–it’s resources. While elaborate evangelistic outreach programs just may not be feasible, Jordan says taking stock of what you’ve actually got on hand—loaves and fishes style—is the first thing you have to do to get started.

“The most crucial thing that must be counted is the energy of the congregation,” he says. “If it’s low, you’ve got to be very wise and realistic about where, when and how you expend the energy that you have … it’s about being clear and focused on what you as a church want to achieve.”

Stu agrees, and says every church should be engaged in some sort of evangelism institutionally, as well as through the lives of individual members.

“A church or a faith community that is not engaged in evangelism, I would question whether they actually can claim the name of ecclesia or church.”

Will you come with me?

For some, that’s difficult to hear, and Uniting Church members may not feel confident they have the tools to do it. The last time the Uniting Church took part in the National Church Life Survey (NCLS) in 2006, it found only five per cent of Uniting Church congregations had provided training in outreach and evangelism in the previous two years.

But just as evangelism must be practised by every church, it also something any Christian can do. You don’t have to be clever or charismatic, you just have to extend an invitation to someone to join in with what God is already doing.

“I don’t think you’re ever going to argue someone into relationship with Christ,” says Stu. “The best evangelism happens out of relationship.

“I think evangelism is much less event-based and more relationally based. It always has been, because it would take an invitation for someone to go to a Billy Graham crusade: ‘Will you come with me?’ But the event was to enable that sort of invitation.

“I think we’re all called to do the work of evangelism, that is, all believers are called to give reason for the hope they have.”

Mary Magdalene wasted no time inviting others into her newfound hope on Easter Sunday, and Uniting Church members in Queensland are being encouraged to do likewise by inviting someone they know to church this Easter.

“Provide people with the opportunity to come where they might not otherwise be,” says Stu.

“What that requires of us is for the church environment to be one which will answer the questions and address the issues that are actually relevant and pertinent to them.”

To those who thought that Jesus’ story had come to an end, Mary Magdalene’s news was surprising, provocative, and life-changing—and she could not wait to pass it on.

Downloadable invitations for Easter services are available at ucaqld.com.au/easter2016. Other Easter resources are also available free of charge.