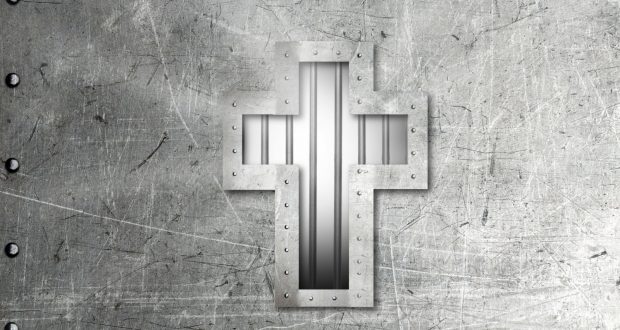 The alarming incarceration rate of First Peoples highlights the long and painful path towards reconciliation and justice for many Australians. Journey explores the issue and speaks to the prison chaplains on the frontline.

Prime Minister Malcolm Turnbull may have recently declared the incarceration rates of young Indigenous people a “top priority” in light of alarming revelations of prisoner abuse in the Northern Territory, but little about this story will surprise those working in and living through the grim reality of life behind bars. The issue has long been a shameful reminder that our “lucky country” isn’t so lucky for First Peoples, regardless of age.

These numbers could be even worse given the way prison data is collected and analysed, according to Thalia Anthony in The Conversation. She notes that the data does not “represent the through-flow of prisoners across a year” and that official prison measurements are just a “point-in-time, they reflect the number of prisoners on a certain day (generally 30 June) in any given year”.

While the graphic images of youth in detention (regardless of ethnicity) have brought this issue into the spotlight, Indigenous advocates including the Uniting Church and its agencies have led a sustained campaign to highlight the systemic and entrenched injustice of Indigenous incarceration.

In April this year, Senator Patrick Dodson, former chairperson of the Council for Aboriginal Reconciliation, delivered a blunt reality check to the National Press Club: “The current incarceration of Indigenous people is a complete and utter disgrace. Accepting that permits the criminal justice system to continue to suck us up like a vacuum cleaner and deposit us like waste in custodian institutions.”

He noted that the number of Indigenous people in jail has doubled since the release of the findings of the Royal Commission into Deaths in Custody 25 years ago.

Dealing with the data

While all Australians would agree there are criminal acts that warrant an appropriate custodial sentence regardless of ethnicity, a broad range of legal, social and political factors unfairly tilt the justice system against First Peoples and contribute to the grossly disproportionate incarceration rate.

Dr Troy Allard, writing for the Australian Institute of Criminology’s Indigenous Justice Clearinghouse, explains, “The high rate of over-representation for public order offences suggests that changes to legislation, police and court practices may be necessary to avoid a disproportionate impact on Indigenous people.”

“Policing public order offences is highly discretionary, influenced by the history of antipathy between police and some Indigenous communities as well as poor police practices such as over-policing.”

Beyond the manner in which policing is applied, the legal process presents further challenges for Indigenous Australians: poor legal representation and basic language comprehension problems during the legal process can hinder a defendant’s prospects in court. Additionally, a punitive political climate drenched in “tough on crime” rhetoric only heightens the chances of courts applying custodial sentences and longer periods on remand.

For young people, the lack of appropriate home supervision during remand often means that they spend long periods in detention even before facing court.

ABS statistics also reveal that the most common offence or charge for Indigenous prisoners is acts intended to cause injury, highlighting entrenched social dysfunction and disadvantage that cannot be ameliorated by quick-fixes or simply tweaking the system.

The Bible behind bars

Into this heartbreaking and seemingly intractable situation, First Peoples chaplains deliver the gospel of hope and redemption. A reminder that, in the words of the late American gospel and jazz singer Ethel Waters, “I know I’m somebody because God don’t make no junk”.

“First People chaplains are strongly connected to their families and communities which can mean that they are called upon to support and help and then work very hard. A number of chaplains are also pastors in their congregations. They are dedicated and committed people,” she says.

Vincent Matheson, First Peoples chaplain to Lotus Glen Correctional Centre in North Queensland, was drawn to the ministry by the sadness he felt
in seeing his people incarcerated.

“We go there for their well-being, to provide support and encourage inmates to better themselves,” he says. “Indigenous chaplains relate to and understand Indigenous inmates. We share a cultural connection.”

Fellow chaplain Zane Saunders sees the role as putting his faith into action, moving from theory to practice and learning more about himself along the way.

“FPC chaplains seek to be inclusive and accountable. The Christian message needs to be contextualised into the culture of the inmate,” he says.

Townsville Correctional Centre chaplain Louise Thomas points to the importance of accepting the journey of inmates and identifying with their stories. She adds:

“[We are to be] obedient to the will of God who has written his laws on our hearts, minds and spirits.”

Her colleague Dale says, “Our people need better outcomes and a change of life style. We need to share the Gospel message in a way that promotes and encourages change.”

Rev Dennis Corowa, national chairperson of the Uniting Aboriginal and Islander Christian Congress and a former Queensland prison chaplain, points out that prison ministry has been central to Congress for many decades.

“When we have church services in those prisons on Sundays, the biggest population of prisoners from inside the correctional centres are Aboriginal men,” says Dennis.

“It’s a fair indication of the strength of respect they have for their heritage of the Christian faith that our people have adopted through difficult times, over long periods of family groups and through the mission areas … I think God’s done a great job through the missionaries because what you see there is the faith in God that our people have.”

In spite of the bleak statistics, Dennis believes that it is never too late for those who have been incarcerated to start again with a helping hand and good support.

“There was a young fella—Robert—he’d done life in prison and he would have went in at a younger age,” says Dennis. “I met him when he was coming to the end of his time served … I asked him if I could get him into doing a course at our theological college in Cairns, Wontulp-Bi-Buya. I contacted the college to arrange him having some courses and [said] that I could assist him with some tutoring; it was a certificate in theology and community organising.

“The correctional services gave him permission to attend the college in Cairns with my sponsorship from our local congregation in Townsville at the time. He completed those courses and when he was released from prison he used to do work around the church, painting and all that, he had a job with one of the local community organisations, he bought himself two cars, he really went on. But he passed away, he ended up having diabetes and we lost him some years ago: diabetes is also a major epidemic for our people.”

While Robert’s story is a poignant illustration of the multi-faceted disadvantage facing Indigenous inmates, it taught Dennis that God is not constrained by prison bars.

“Sometimes you think you’re so far away and the gap is too wide for these guys to have some of the possibilities you or I have had … But when I took this young fella out of there—he committed this crime and did 12 years—he was able to make that change and I thought God has given me a story that when God gives the strength of determination that he gave to young Robert, changes can happen.”

Lotus Glen Correctional Centre chaplain Lynette Hastie sums up the simple truth at the core of this ministry bringing hope in the darkest of times for Indigenous Australians.

“People matter to God, prisoners included and so they matter to me. We are servants of Christ, seeing Christ in the other.”