Home > Features > Stepping up to leadership 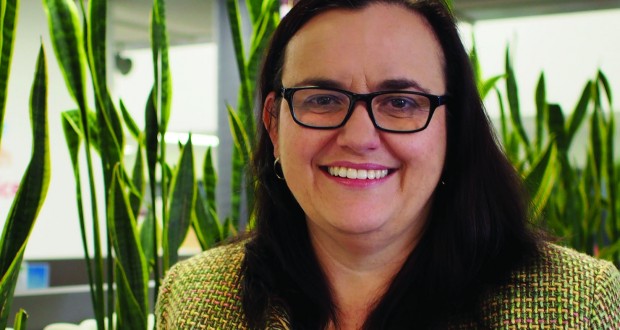 Stepping up to leadership

Every young person reaches the point where they decide to sign up to their faith community or to drift away. Dianne Jensen talks to Heather Watson, former chair of UnitingCare Queensland, whose service to the church was shaped by the opportunities she received as a young Christian.

Heather Watson has a clear recollection of when she made a personal faith commitment.

“It was prompted through the great camping movement that was part of my school-age experience—specifically through the camping ministry offered at Magnetic Island,” says the Brisbane-based lawyer. “In my later high school years that translated to a clear call to direct my vocational aspirations to a role that would be ‘helping people’.”

Heather is a partner with McCullough Robertson Lawyers where she leads a team specialising in non-profit organisations. Last year she completed a maximum term of nine years as a board member of UnitingCare Queensland, including seven years as chair.

Now in her late 40s, Heather has been married to Stephen for 27 years and has four children aged between 14 and 21 years. The family attends Indooroopilly Uniting Church in Brisbane.

Heather is a child of church union, just old enough to remember the celebrations which marked the establishment of the Uniting Church in 1977. Her family were longstanding members of the Aitkenvale Methodist congregation, which entered into a cooperative arrangement with the local Presbyterian congregation ahead of union.

After deciding to pursue law, Heather was keen to use her skills to serve both church and community. Her legal career has taken her from 15 years in family law to her current role, and includes volunteer work in legal aid, women’s leadership, and community services.

Heather’s service to the church began when she became a church council member when only in her teens, and was later appointed as a congregational representative to Presbytery, Synod and Assembly. Not only was she invited to contribute, but others stepped aside in order to provide a space.

“There were people who identified that I had leadership potential and deliberately found ways to enable me to exercise that,” recalls Heather. “One example was an elder and the regular representative at Presbytery and the Synod—and he just loved being part of that community and being part of the wider church—but he made the deliberate decision to give up his place in order that I could attend.”

The experience of attending Assembly in the 1980s as a young Queensland Synod representative from a regional area was transformative.

“The Queensland Synod passed a resolution that talked about family relationships and the importance of marriage, and they used phrases like celibacy in singleness and faithfulness in marriage … I look at this statement and go of course that is a given … and then you listen to a variety of other experiences. It forced me to consider other people’s perspectives. When things happen within a family context which are out of the control of one of the parties, what does having this rigid statement say to that person about how they are valued and what the church is able to offer?”

She was also inspired by the emerging Indigenous leadership in North Queensland in the 1980s and the formation of the Uniting Aboriginal and Islander Christian Congress (UAICC) in 1985. Heather subsequently has visited numerous Indigenous communities through work and church including Weipa, Mapoon, Herberton, Groote Eylandt, Alice Springs, and Anangu Pitjantjatjara Yankunytjatjara (APY) lands in South Australia.

When the system fails

As she became increasingly involved in the church and the community, Heather became aware that the complex needs of those who fell outside the system could not be met by easy solutions.

“I contributed a lot of time as an articled clerk and young lawyer in supporting legal aid initiatives and programs to fill the gaps to access to legal support … individuals and families found themselves in [circumstances] which often were outside of policy guidelines, but nevertheless dire.”

Her move into family law reinforced the importance of effective processes and good governance in addressing multifarious human experience.

Heather was appointed by the family court and the children’s court to act where necessary for children independently of their parents or the Department of Child Safety, and was official visitor to the public mental health units.

“When you are working with dysfunctional families what I could bring to those difficulties as a lawyer was only one part of the puzzle,” she says. “Where we actually made progress in some of those difficult family situations was where there was a combination of disciplines … but if the policies and organisational capacities of those various organisations weren’t able to work together then no matter what efforts I put in from a technical legal perspective it wasn’t going to achieve the best outcome for the family.”

Nine years ago Heather took up the opportunity to develop a specialist practice to meet the legal needs of the growing and increasingly complex nonprofit sector. At the same time, she was appointed to the newly consolidated board for UnitingCare Queensland with the prospect of a future appointment as chair.

These are challenging time for non-profits, she says, with substantial change in policy, funding and underlying business models requiring well-equipped board members and sophisticated organisational systems.

“Balanced against this is the need for client and patient-centred service models that still favour a local response. In Queensland these challenges are exacerbated by the geographic distances and the particular challenges for communities in regional and remote areas.”

Heather has also lent her expertise to the church in a range of roles from teaching Sunday school to helping instil robust governance systems.

“One of the ways that I have been able to contribute my skills to the wider church processes has been as a participant and as coordinator of the facilitation team during Synods and Assemblies—often at times when we have wrestled with major issues of theology and polity,” she says.

And after 20 years of chairing church councils, attending Synods and Assemblies and serving on the Synod Standing Committee, Heather reckons she has seen the best and the worst of the consensus model in action.

“It is not meant to achieve a unanimous outcome, but it is a model that says we want to listen even to the smallest voice and for that voice to at least be able to acknowledge that their voice was heard, even if they don’t agree with the majority. That is one of the features of the Uniting Church—that we are an umbrella of varied and divergent views that are held together with a common thread and a common purpose, but the tension of holding those views together can be quite challenging.

Heather’s professional expertise has helped guide the Uniting Church and UnitingCare Queensland through some rocky channels in ways unseen by the average congregation member.

She has changed us for the better, and she has let God challenge and change her.

“I have come to realise that a simple faith with fixed boundaries on what’s right and wrong and where life is lived according to rules often reflects a narrow and limited life experience,” says Heather.

“I have learned that my God is bigger and more complex than I can even imagine and to take a rules-based approach to our faith in the context of the institutional church does not sufficiently allow for grace to have its way.”