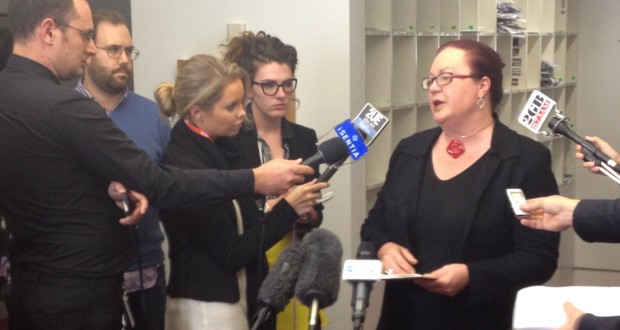 The 2014 Budget was a major concern for the Uniting Church and its agencies. Mardi Lumsden reports.

The federal government’s 2014 Budget was met with frustration and concern by many different parts of the Uniting Church in Australia in May.

Uniting Church President Rev Dr Andrew Dutney said the church’s main concern is how Australia’s most vulnerable are affected by the tough changes.

“Cutting more than half a billion dollars from Indigenous programs, tough new conditions for youth support, and making all Australians pay to see a doctor are just a few of a number of measures that have the potential to harm those who really need our help,” he said.

UnitingWorld National Director Rob Floyd said the Uniting Church’s Relief and Development arm has expressed bitter disappointment that the government has made its biggest cuts in the Budget to foreign aid.

“The government has broken its promise on overseas aid by reneging on the bipartisan commitment to lift aid levels to 0.5 per cent of gross national income,” said Mr Floyd. “These cuts come at the expense of the world’s poorest and most vulnerable people, many of whom live in our Asia-Pacific region.”

UnitingCare Australia represents one of the largest networks of social service providers in Australia. National Director Lin Hatfield Dodds said the Budget falls short of its own ambition to provide equality of opportunity for all Australians.

“The burden of this budget falls overwhelmingly on families, pensioners and young people.

“Cuts to family payments, income support and pensions are four times the size of the temporary levy on high income earners,” said Ms Hatfield Dodds. “Many of these cuts are permanent, while the high income levy runs for only three years.

“There are a number of budget measures that we support, including the levy on high income earners,” Ms Hatfield Dodds said. “We urge the government to consider continuing this levy until the Budget returns to surplus.

“The Budget includes record spending on physical infrastructure, but misses important opportunities to invest in people―Australia’s most important and valuable asset,” she said.