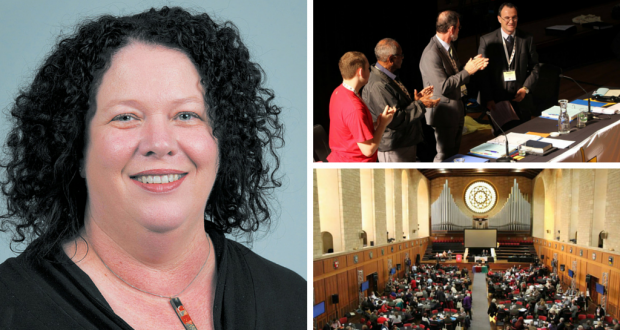 Steady hand at the helm

With Rev Terence Corkin stepping down as Assembly general secretary at the end of the year, Queenslanders will find a familiar face at the helm in 2016. Nigel Tapp reports.

Colleen will take the reins from Rev Terence Corkin, who will step down from the position after 15 years of service at the end of this year.

She has held a range of significant positions in the Uniting Church, including director of mission at Blue Care, associate director at UnitingCare Australia, registrar of Coolamon College and national consultant for the Assembly Gospel and Gender Unit.

She chairs the UnitingCare Queensland Human Research Ethics Committee, the UnitingCare Australia Ministry and Mission National Network and the Board of Jabiru Community Youth and Children’s Services Association Inc. She is also a member of the Pastoral and Spiritual Care of Older People (PASCOP) national board.

The Assembly’s retiring president Rev Dr Andrew Dutney said Colleen emerged as a preferred candidate who had a deep understanding of the vision, values and processes of the Uniting Church.

“She came with particular gifts for this time in the life of the church—strong skills in the development and practice of governance … [and] strengths in areas of risk management and financial management and human resources,” he said.

Colleen said as she looked back over her vocation with the Uniting Church she felt an affinity toward the role.

“During the interview process and the conversations we have had, my sense of call has deepened and been affirmed by others,” she said.

Colleen said that she embraced the uniqueness of the Uniting Church as an authentic movement of God, and appreciated the church’s commitment to working ecumenically in seeking unity and understanding with other churches.

She acknowledged that, in common with many parts of society, the Uniting Church faced an uncertain future.

“Together, it is our responsibility to look to the future with the hope that is from God, and the realism that calls us to think about the new.”