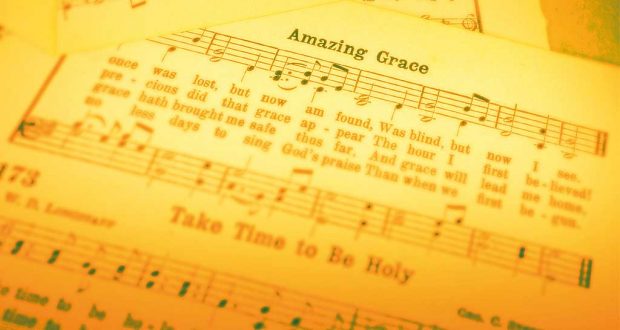 5 forgotten hymns to raise the rafters

Favourite hymn Sunday always brings forth musical gems, some long vanished from our contemporary repertoire. The Journey team has come up with five forgotten hymns whose poetry and melodies continue to inspire.

It passes knowledge (Together in Song 230)

Written by Mary Shekleton (1827–1883) from Dublin. Mary was an invalid for many years, during which time she wrote several hymns which were printed in broadsheet form. She founded the Invalids’ Prayer Union, a network which grew to more than 300 housebound people linked through letters and prayer. This is the song of one who yearns to proclaim the love of God and waits patiently for the soul to be set free from earthly constraints.

There’s a light upon the mountains (Together in Song 276)

Written by Wesleyan minister Henry Burton (1840–1930). It is usually sung during Advent and captures the contrast between Jesus’ suffering and his triumphant return. Another song where waiting is finally rewarded. Some beautiful imagery but choose the verses with care!

Written by Priscilla Owens (1829–1907), a Sunday school teacher at the Union Square Methodist Episcopal Church in Maryland. The words were inspired by Hebrews 6:19 “We have this hope, a sure and steadfast anchor of the soul”. A call and response song with plenty of biblical references and jolly heave-ho music by the prolific William Kirkpatrick (1838–1921).

Written by Fanny Crosby (1820–1915) one of the most prolific hymnists in history. Fanny was blind and when her friend Phoebe Knapp asked for her thoughts on her new melody replied, “Blessed assurance; Jesus is mine”. In spite of some old-fashioned lyrics this hymn is still recorded by contemporary musicians as a heart-felt declaration of personal faith.

Written by Scottish minister George Matheson (1842–1906), who suffered poor eyesight from birth and became totally blind at age 19. He wrote this hymn one night while in deep travail. Even today, Matheson’s imagery is a powerful evocation of God’s promise that peace awaits us at the end.

Tagged with: April2017 Hymns Methodist Hymn Book Together in Song 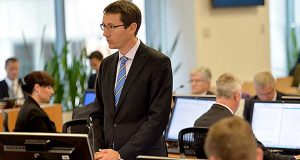