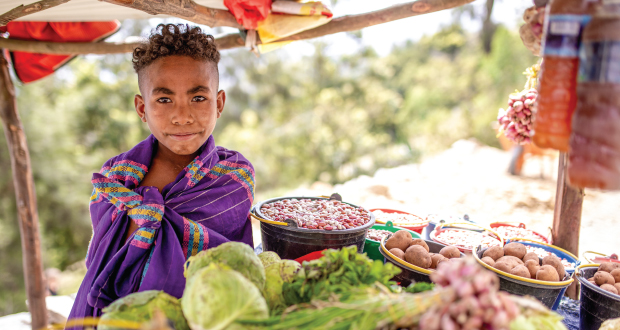 UnitingWorld’s Cath Taylor reports on how the spirit of Christ is alive and well in the life-changing work Queensland congregations are doing to help the people of Timor Leste.

Billy Graham famously suggested there is more evidence that Jesus rose from the dead than there is that Julius Caesar ever lived. It’s a big claim. I guess he’s talking about historical records—numbers of witnesses, reliable mentions. While that’s solid proof for some, there are other ways of knowing.

High in the mountains outside Dili, Timor Leste, I like to think I saw Christ alive. Albino Da Costa felt the cold metal of a gun against his temple and didn’t flinch. As a young pastor, he felt God’s call to shelter those who resisted the occupation of their country and continued to serve even when death stared him in the eye; he has dedicated his entire life to building up his people in faith and forgiveness. And if the hope of new life starts anywhere, it starts here.

“I love my country and I wanted to see us free and growing,” Albino says. “When the soldiers came for me in the night, one of them knew me and told the others I was a good man. In the end, they didn’t take me away, but those years were so hard.”

Almost a third of Timor Leste’s people either starved or were killed in conflict between 1975 and 1999, and today it remains South-East Asia’s poorest country. But central to the resurrection of one of the world’s youngest nations has been the leadership of the church, and the Uniting Church in Australia is one of the country’s strongest partners.

In partnership with UnitingWorld, the Protestant Church of Timor Leste (IPTL) trains leaders, saves lives through health care and cares for children. One of the most outstanding supporters of the relationship is local Queensland congregation Glebe Road Uniting Church.

“We’ve raised funds for the school and church, and been encouraged in our own mission by the passion of the people of Timor Leste,” says Glebe Road Minister Rev Peter Arnett. “Being involved has brought new life to our understanding of what it means to be God’s people.”

Noel and Noela Rothery agree. They were instrumental in setting up Glebe Road’s partnership, visit and are dedicated to the people of Dili.

“It’s just given us so much hope to see God at work among the people in Timor Leste,” they say. “For us, seeing the church leading in Timor Leste has sustained our faith and been such a joy.”

Right now, hundreds of congregations around Australia are taking part in Lent Event, being inspired by stories of courage both from among our partners and here in Australia; living simply by giving up something from daily life and raising funds to support projects that build hope and end poverty in Timor Leste and around the world. Together we are the best evidence that Christ, indeed, is alive.

Visit the Lent Event website at lentevent.com to be inspired by stories of courage, theological reflections from our Uniting Church moderators and prayers for our partners. Find out how giving up coffee, takeaway food or social media can help provide access to health and hope.