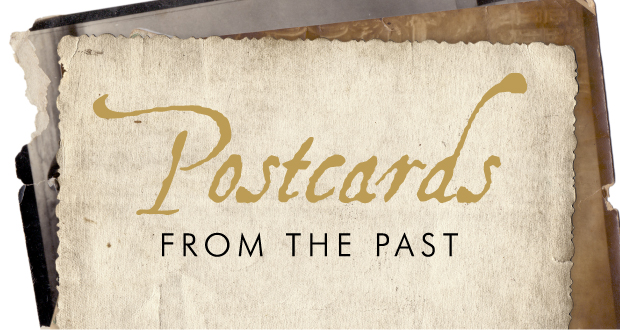 In a new quarterly column Simon Gomersall dusts off the history books to consider how our past shapes the present and the future. Postcards from the past will highlight historical moments in the life of the church to help illuminate our own situation which seems fitting given the Christian revelation implores us to remember well.

In 325 AD, the Roman Emperor Constantine welcomed 318 bishops to the Council of Nicaea, representing churches all the way from Spain to Persia. Only 300 years previously the Christian church had been represented by a mere 120 believers gathering for daily prayer in an insignificant corner of the Roman Empire. It is no understatement to say those centuries literally changed the face of human history.

Sociology Professor Rodney Stark wrote The Rise of Christianity when seeking answers to historically puzzling questions about the growth and eventual influence of the early church. Stark demonstrates that between 40 and 300 AD growth of 30 to 40 per cent per decade would have allowed the church to reach 20 to 30 per cent of the total population of the Roman Empire—supporting and facilitating the changes that Constantine implemented in declaring the Roman Empire to be essentially Christian.

As a motivating challenge rather than a discouraging accusation, we observe the Uniting Church is currently declining at about the same rate the early church grew. Same rate of change, just in opposite directions. Could it be there are some lessons from the early church which might help to turn this ship around?

The many texts of the early church suggest seven factors that might make a difference.

One, miracles and signs, particularly healing. Of course, many today approach this topic with epistemological assumptions rendering such supernatural action impossible, but our earliest historical records identify them as an important factor in the growth of the early church.

Two, cohesion of Christians. As far as we know there was no other group in the ancient world, centred in reconciliation, where different cultures, genders, races, political persuasions all got on and worked together. The gospel frequently broke across tribes and clans and brought deep peace to warring factions of humanity.

Three, Christian philanthropy. Christians had a reputation to serve the world, often at great cost and risk to themselves and this became an important apologetic.

Four, profound simplicity. The early church grew without any of the props we today consider essential to the functioning of a church, including buildings and paid ministry agents. It was profoundly simple, which also allowed it to be flexible, mobile, creative, responsive and easily reproduced.

Five, women. The early church embraced women and, contrary to cultural expectation, encouraged their active participation in the life and mission of the church.

Six, slaves. Slaves were also empowered within Christian communities when no other religion bothered with the needs of this significant section of society.

Seven, severe persecution. Persecution was designed to stifle Christian witness, but usually had the opposite effect. Public executions gave Christians a platform to witness and often highlighted their courage and integrity. The courageous death of Christians proclaimed their belief in a coming kingdom more eloquently than any sermon.

Properly unpacking these points would require a column for each (alternatively come to Trinity College and enrol in Church History A!). Equally there are complexities of “translation” from one age and culture to another that require careful consideration.

But the question remains: are we willing to listen to the past with a courage to set aside our golden calves and pay the price to lay hold of and suitably serve the living God?