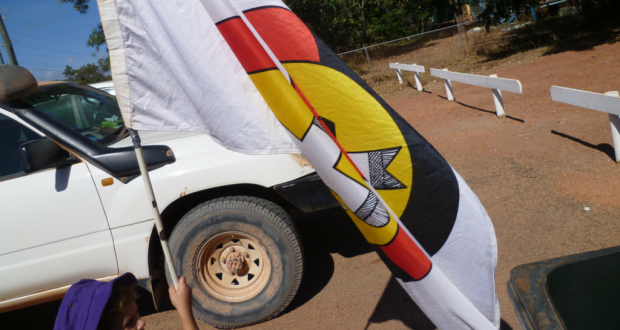 An appeal to replace the church at Mapoon which was burned in 1963 has been launched. Rohan Salmond writes.

A new appeal to rebuild the church at Mapoon has been authorised by the 14th Assembly.

Mapoon, on Cape York in far north Queensland was originally a Presbyterian mission. Bauxite was discovered in Mapoon during the 1950s, making the area of great interest to mining companies. With cooperation of the church, the Queensland Government cut services to Mapoon, closing the community.

In November 1963 the government forcibly removed the remaining residents from their homes and the church building was burned to discourage people from returning.

Mapoon resident Marda Pitt was elated at the decision to rebuild.

“You don’t know how much it means for my community at this time,” she said.

“God is good all the time! This is such a blessing. After so many years! Thank you!”

“Sir Ronald Wilson made an apology for the destruction of the church and for not being as outspoken as we should have been. There was an appeal in 2001 to raise funds to rebuild and we are relaunching that today,” said Stuart.

The Uniting Church Assembly also resolved to work with the Uniting Aboriginal and Islander Christian Congress (UAICC) on a compensation claim to the Queensland Government and the relevant mining companies.

Donations to the Mapoon Church Appeal can be made through the Assembly. To donate via cheque, download a donation slip from tinyurl.com/mapoonchurchappeal

Donations to the Mapoon Church Appeal can be made by direct deposit.
BSB: 032014
Account No: 920592
UC National Assembly Spare Account

Please reference your deposit with “Mapoon” to make it easier to identify. Donations are not tax deductible.